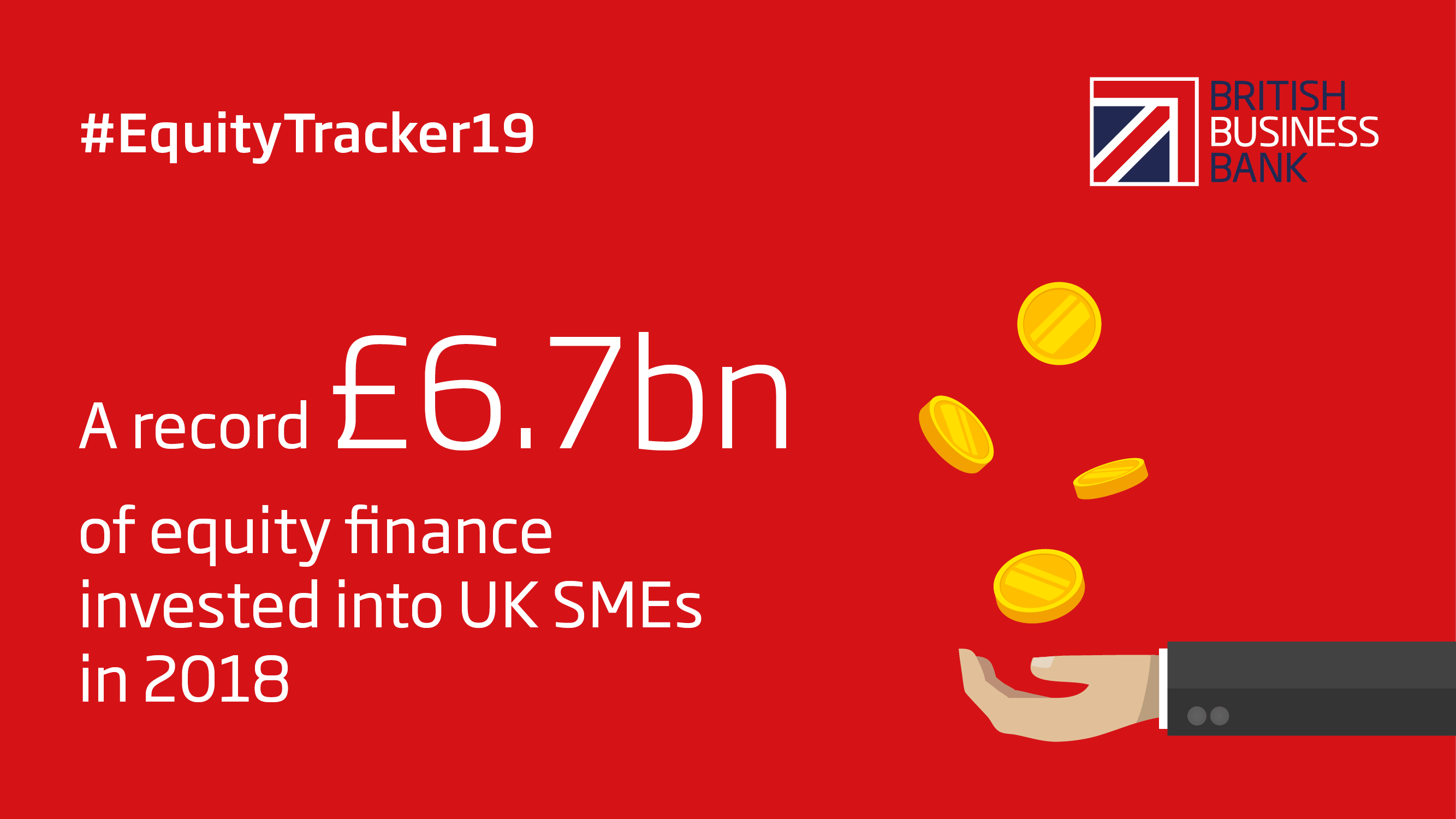 The report, which provides an in-depth assessment of equity finance markets for growing businesses, found London’s dominance as the centre of the UK’s equity market is waning. 2018 saw the value of equity finance investment outside of London increase by 29% (£616m), to stand at £2.8bn.

The East of England, North East and West Midlands are three regions driving this increase, with equity investment increasing by 118%, 115% and 81% respectively in 2018.

Launched during London Tech Week, the report reveals the UK tech sector remains the focus for equity investors, with 44% of investment going to tech companies. Equity investment in tech businesses increased by 24% in 2018 with £3.0bn invested, the highest amount to date, mirroring wider equity market trends.

UK venture capital sector has grown faster than the US

The report also found that the UK venture capital (VC) sector has grown faster than the US over the last decade. Since 2016 the UK now has a higher number of VC deals relative to GDP than the US. The UK had 570 VC deals per £1trn of GDP, 18% higher in than the US, which has 482. VC backed companies in the UK are now just as likely to receive follow-on funding rounds as US companies, although UK VC deal sizes remain smaller than US deals.

Elsewhere in the British Business Bank’s report, it was highlighted that the total number of equity finance deals fell 6% in 2018, with the largest decline seen at the seed stage. The overall value of funding increased due to larger deals being made.

Total investment values increased at every stage of business growth – up by 4% for seed stage businesses, 10% for venture and 2% for growth stage businesses. Deal sizes have increased every year since 2013 and continued to do so in 2018, increasing 11% to £4.5m. This is despite fewer ‘megadeals’ showing the market is supporting a greater range of scale-up businesses than before.

Keith Morgan, CEO, British Business Bank, said: “This research by the British Business Bank shows that the UK’s SME equity finance market saw a record year in 2018 with investment amounts soaring to £6.7bn. This is a clear sign of investor confidence in British smaller businesses and their potential for growth.

“We are particularly pleased to see a 29% increase in investment outside of London. The British Business Bank continues to work to address regional imbalances in access to investment to ensure smaller businesses across the UK can access the equity finance they need to fulfil their growth potential.”

British Business Bank programmes are estimated to have supported around 9% of all equity deals in UK SMEs between 2016 and 2018, and these deals account for around 13% of the overall invested amount. The Bank is also the largest UK-based Limited Partner investor in UK Venture Capital.”

British Business Bank’s equity programmes are helping to address regional imbalances in access to finance. The Midlands Engine Investment Fund (MEIF) and the Northern Powerhouse Investment Fund (NPIF) contributed 20% and 16% of equity deals in the Midlands and North in 2018 respectively. Meanwhile, the concentration of deals in London completed by Bank supported funds has reduced from 70% in 2016 to 43% in 2018.

Bank supported deals for seed and venture stages are smaller than market average, tackling market failures in the availability of smaller equity deals, through its Enterprise Capital Funds programme. Whilst growth stage deals, through British Patient Capital, are larger than the market average, enabling larger deals so that scale-up companies are better funded.

“The British Business Bank’s Equity Tracker report points to a maturing market for equity finance in the UK, with a small decline in the volume of deals and larger deals further down the pipeline increasing the overall value of investment.

“Standing at £4.5million, the average equity deal size in the UK is up 11 per cent on 2017. This is despite fewer ‘megadeals’ in 2018 showing the market is supporting a greater range of scale-up businesses than before.”