IN the U.S., SEC and equity crowd funding, a disaster waiting to happen? 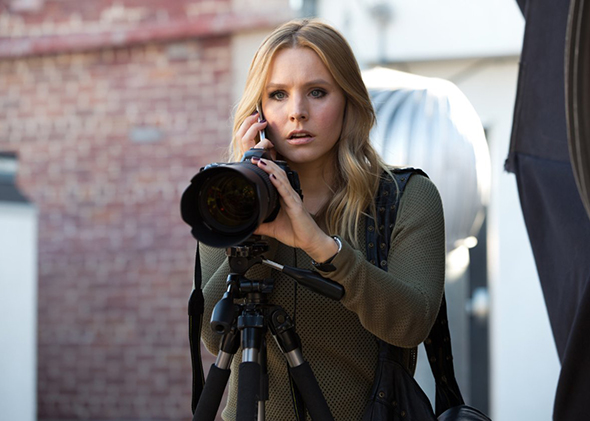 IN the U.S., SEC and equity crowd funding, a disaster waiting to happen?

“Kickstarter, but With Stock”
Equity crowdfunding was supposed to be an economic boon. Instead it’s a disaster waiting to happen.

Bipartianship is so rare in Congress these days that one hopes every meaningful law passed with even just an ounce of across-the-aisle support is the best gosh-darn law it can be. Unfortunately, that can’t be said about one of the last bipartisan laws of note, the JOBS Act of 2012.

Most of the JOBS Act’s provisions involved arcane tweaks to federal securities regulations—stuff so tediously complex that if I described it here, I would get arrested for boring hundreds of readers to death. However! The law’s Title III, which covered equity crowdfunding for non-accredited investors, caught the collective imagination of serial entrepreneurs, business writers, Silicon Valley CEOs, and tech bloggers, inspiring breathlessly predictions of a revolution in investing, the death of venture capital, the long overdue victory against sexism and racism in business, the democratization of capitalism, the end of unemployment, and the restoration of the American Dream.

Unfortunately, the hype over equity crowdfunding is just that. Crowdfunding won’t significantly improve the supply of investment capital, and the capital that crowdfunding does supply won’t significantly improve the bank accounts of investors. In fact, given that even usually sober-minded media has a tendency to act like a stoned sophomore whenever a story involves the Internet (“This. Changes. EVERYTHING.”), there’s an enormous risk that unsuspecting investors will get burned once the Securities and Exchange Commission finalizes crowdfunding’s rules.

What kinds of companies would ever want use non-accredited investor crowdfunding? Desperate ones.
Whenever that is. The JOBS Act gave the SEC 270 days to finalize rules to allow crowdfunding. It’s now been more than 800 days. The previous SEC chairwoman never liked the law, which also drew fierce criticism from the North American Securities Administrators Association, leading to accusations of deliberate foot-dragging by the agency. But crowdfunding places two of the SEC’s core missions—the protection of investors and promotion of capital formation—on a collision course, trapping the Commission in a Catch-22. “The SEC was handed something micromanaged by Congress, and they had to try to make up rules to make it workable,” said Noreen Weiss Adler, a New York–based attorney who has written extensively on crowdfunding. She estimates that the earliest we could expect finalized rules would be early autumn of this year. But unless Congress reforms or repeals the law before then, equity crowdfunding is destined to do little more than separate mom-and-pop investors from their savings.

Equity crowdfunding is similar to the already legal type of crowdfunding available on websites like Kickstarter and Indiegogo. But when Oculus Rift, a company that raised a little more than $2 million from 9,500 backers on Kickstarter, sold to Facebook for $2 billion, interest in equity crowdfunding quickly fomented into indignant rage. Had the backers received company stock instead of company T-shirts, they would have seen close to a 1,000 percent ROI. “It’s an intuitive and appealing idea—Kickstarter, but with stock,” said Professor Michael Dorff of Southwestern Law School. “It’s also a disaster waiting to happen.”

What’s more, instead of a simple safe harbor for equity crowdfunding, Title III gave us a regulatory hurricane. Crowdfunding’s extensive registration and disclosure requirements manage to be simultaneously too heavily regulated for businesses to use and too poorly regulated to protect investors. In an attempt to reconcile these diametric failures into something resembling a useful law, the SEC released a 585-page rule proposal, but no amount of lawmaking lipstick will make this statutory pig pretty.

Crowdfunding’s numerous bureaucratic burdens aren’t merely a hassle. Regardless of what the SEC’s final rules look like, “the estimated costs will make crowdfunding a very expensive and risky way to raise capital,” said Professor Richard Swart, Director of Research for the Program for Innovation in Entrepreneurial and Social Finance at the University of California, Berkeley. The SEC estimates that it would cost $39,000 in fees to accountants, lawyers, and the funding portal to raise just $100,000, and more than $150,000 to raise $1 million. Those are insanely high capital costs—companies would be better off financing their operations with credit cards. (Just think of the reward points!) For comparison, underwriting fees for a large public offering are usually under 4 percent.

Compared to the registration exemptions under America’s favorite way of raising capital, Regulation D, crowdfunding is a bum deal. Not only are Reg D’s disclosure requirements relatively nonexistent, but it also lets a company raise an unlimited amount of capital from an unlimited number of investors, provided those investors are “accredited”; i.e., rich enough that the SEC can assume that they can protect themselves (or hire investment advisers).

Frantic companies will turn to online platforms to find that special someone who’ll help pay the bills. But they’ll only try the investment equivalent of a Craigslist missed connection after exhausting all other options—after their friends spurn their advances, after they strike out with angel investors, after venture capitalists decline a date, and when they can’t get so much as a poke on accredited investor portals like Caldbeck’s.

Caldbeck thinks non-accredited equity crowdfunding could work with the right set of regulations. But he hasn’t seen any proposals yet that make sense, because striking the right balance between protecting investors and helping companies is nearly impossible under the current law. Some, like Dorff, think the very idea of equity crowdfunding is flawed. But others believe the concept can work if the regulations are reduced, leading the JOBS Act’s original sponsor to introduce legislation to repeal and replace the current crowdfunding provisions.

Compared to the usually staid world of securities regulations, crowdfunding seems exciting. The Internet has changed so much of our lives, so why not this, too? But innovation doesn’t always mean improvement. If equity crowdfunding really has the potential to unleash capital and democratize investment, that potential is trapped by some very poorly written legislation.

Jim Saksa is a writer and attorney in Philadelphia, where he’s also the editor of the Young Involved Philadelphia blog.

Picture:Kristen Bell in the crowdfunded Veronica Mars movie. Equity crowdfunding will never be this cool