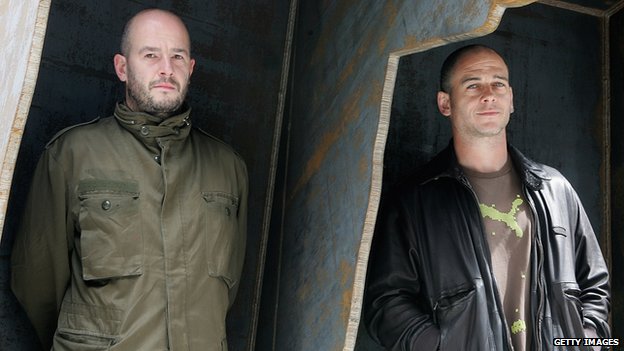 A crowdfunding scheme to help UK museums and galleries raise money for new projects has been launched by the Art Fund charity.

The first five museums to take part include the Bowes Museum in Durham, and Compton Verney in Warwickshire.

The projects include a major exhibition by the Chapman Brothers at the Jerwood Gallery in Hastings, their home town.

The exhibition by Jake and Dinos Chapman hopes to present a new, previously unseen body of work by the famous pair.

The Chapmans are planning to scour the antique and junk shops of Hastings for old artworks that will then be “fixed” by the brothers in their signature dark comic style.

The exhibition will take place in the autumn, as long as the crowdfunding target of £25,000 is reached.

Everyone who gives to Art Happens will receive a reward in return, ranging from transfer tattoos and signed exhibition posters to champagne receptions attended by the artists involved.

People can donate as little as £5.

Stephen Deuchar, director of the Art Fund, said: “Through Art Happens, anyone can be a patron as well as beneficiary of the arts. It’s the start of a new chapter for UK museums in terms of both public fundraising and public participation.”

The Bowes Museum is hoping to raise £21,000 to re-display and conserve their 15th century Flemish altarpiece, revealing hidden paintings which have not been seen for years.

The project would also allow oak figures and pillars, currently in storage, to be reunited with the work.

Compton Verney aim to create a William Morris-inspired garden within a wildflower meadow if they can reach their target of £15,000 and the Ironbridge Gorge Museum in Shropshire needs £25,000 to give the gallery a modern makeover.

St Fagans: Natural History Museum in Cardiff is also hoping to raise £25,000 to re-create a Roman farmstead which will offer an insight into home life at the time of the Roman conquest.

More projects will be added throughout the year.