Crowdfunding can be really effective – if you know what you're doing 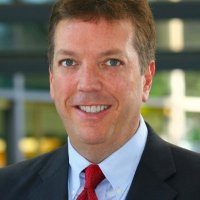 Crowdfunding can be really effective – if you know what you're doing

JUNE 17, 2014
Most people do not understand crowdfunding. “I built it, but they did not come” is a common complaint. Some people are shocked and unable to understand why nobody donated to their crowdfunding campaign on Indiegogo or GoFundMe.

Crowdfunding is hard work.
On many sites, the vast majority of people who try crowdfunding fail to meet their goal. But for those who plan ahead, prepare properly and execute a plan the right way, the chances of success are much greater.

Many entrepreneurs see rewards-based crowdfunding — when a perk or a product is provided to a donor as opposed to equity — as an easy way to raise money. But if you don’t have a very good idea or a product that excites people, it’s not going to work.

Here are some important things to understand when trying to raise money through crowdfunding:

Related: 5 Kinds of Crowdfunding You Never Thought Of

1. Make sure you have a product that works for crowdfunding. Campaigns for gadgets, video games and films have a high level of success.

Campaigns centered on causes in the news or that truly touch people’s hearts are often successful but raising tens of thousands of dollars for a new nonprofit group supporting an arcane issue is not going to work. Raising a lot of money for a personal need rarely works. Browse through Indiegogo and look for campaigns like yours. If you see a high number of failures for those with ideas similar to yours, take heed.

Related: The 3 Keys to a Successful Crowdfunding Campaign

2. Set a realistic funding goal. According to Kickstarter, only 2 percent of the campaigns that successfully raised funds on the site raised more than $100,000. Compare that to the 73 percent of the successful campaigns that raised $10,000 or less. If you are looking to raise more than $10,000, rewards-based crowdfunding will be a long shot, with very few exceptions.

3. Plan to spend 30 to 60 days before a crowdfunding campaign launches. That’s the time required to hone the project, create a great video, develop compelling rewards, build a following for the launch on social media, reach out to potential supporters who will be ready to donate on Day 1, write and schedule all the social media postings and emails, and contact media sources and bloggers to build rapport for possible public relations opportunities. If you do not take this part seriously, your chances at success may be greatly diminished.

Nearly every successful campaign has about 30 percent of its crowdfunding goal committed through family, friends and a network of close connections before it’s launched. Without that initial boost of donations hitting a campaign early, the success rate is very low.

The overwhelming majority of successful campaigns that raise significant funds involve products that are preordered. Don’t try to compare preselling a cool iPhone gadget on Indiegogo with raising money to start an orange juice stand. It’s like comparing apples and oranges, pun intended. If you are not preselling a product, do not expect to raise more than $10,000 through rewards-based crowdfunding.

Be prepared to have a second full-time job during the campaign’s 30 to 60 days. The campaign will require your constantly being on the phone and promoting online, looking for supporters, dealing with questions, reaching out to the media, fulfilling rewards and handling social media. Imagine how much work it will be, then triple that.

The good news is, when it works, significant amounts of money can be raised. The process can net low-cost publicity and buzz for a product or business. It’s possible to test the market for an idea or product without spending much money. Another bonus: You may build a rabid social media following and an excited and vocal base of customers who want the company to succeed.