A taste of things to come: Burrito bond has crowdfunding's flavours all wrapped up 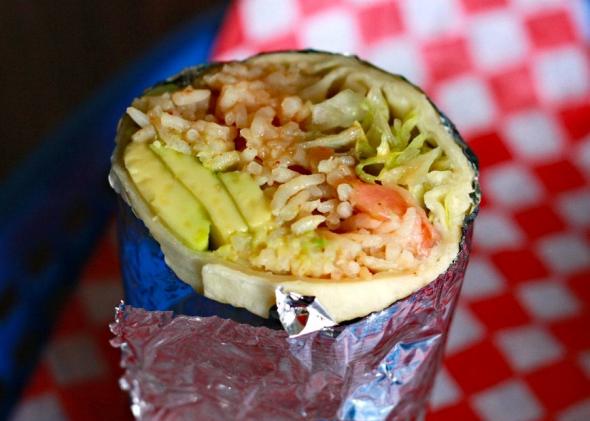 A taste of things to come: Burrito bond has crowdfunding's flavours all wrapped up

Burrito Bonds Make Investing Tasty
Burrito Bonds, viral PR marketing or brilliant investment ploy? A UK restaurant is offering a lifetime of burritos for those willing to cough up 10,000 pounds

Fancy a bond with your burrito? A bit of chilli to add to your investment mix?

The “burrito bond” is the latest tasty addition to the dynamic crowdfunding trend; but don’t expect it to come to Sydney’s beaches any time soon.

The best bit? For a £10,000 investment, the lucky lender will receive a free burrito with extra guacamole every week.
The burrito bond combines the two strongest approaches of crowdfunding: reward and equity crowdfunding.

Reward crowdfunding encourages people to invest because they believe in the idea, there is a social benefit – like eating with all your investor hombres – or for a tangible reward, like a burrito a week.

Reward crowdfunding is big in Australia, with projects varying from re-building a local hall to getting a nine-piece Afrobeat band to Glastonbury music festival.

Equity crowdfunding, on the other hand, gives investors a more straightforward financial reward for purchasing a share of the company. The  return on investment over five years offered by Chilango Mexican is a prime example of this, but the lure of a free lunch thrown suggests a mix of the two styles.

Currently, equity crowdfunding on any meaningful scale is illegal in Australia.

However, a report from the Australian Governments Corporations and Markets Advisory committee, handed down to ASIC in May, gave in principle support for the relaxation of regulations surrounding crowd sourced equity funding in Australia.

“Crowd sourced equity funding could become a significant financing source for innovative projects, using online and other broadband means of communication with investors,” the report stated.

The Australian Securities and Investments Committee will decide which, if any, of the recommendations in the report are implemented.

Co-founder of crowdfunding platform Pozible, Allan Crabbe, believes this has to change for the start-up community to flourish.

“I think this is the big opportunity for smaller local businesses to get off the ground,” he said. “Especially at the early stage, for innovative businesses products they can use this as a model of raising capital up to two to three hundred thousand dollars and do it legally.”

A World Economic Forum report released in January showed Australia was falling behind the rest of the world in fostering a start-up environment.

But Garry Viscontay, a partner at Sydney venture capitalist firm Sydney Seed, does not believe that crowdfunding is necessarily the most effective way of funding start up projects.

“I think there is a huge difference in what a founder or a startup is going to get from a venture capitalist or an angel investor – it’s usually smart money, so there is some strategic money or capital that gets put into the business,” Mr. Viscontay said.

“I don’t see that crowdfunding is going to be a threat to traditional investment, venture capitalism or an angel investor in that particular area,” he said.

Pozible founder Allan Crabbe believes the burrito bond could be the way of the future for Australian startups, if the ASIC ruling is favourable.

“What they have done is combine both models, in being able to provide rewards through tangible experiences,” said Crabbe, “but they’ve also been able to provide a revenue share or a profit share in the business as well”.

Bonds, backed by guacamole, boosted by refried beans, layered in queso and wrapped in the security of a burrito, it could be the making of many successful entrepreneurs around the country.