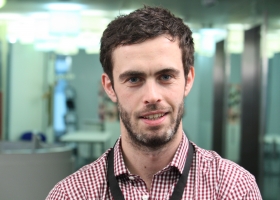 Nesta Estimates 87 Crowdfunding Platforms Live in the United Kingdom today.
According to London based charity / research entity Nesta, the number of crowdfunding platforms operating in the UK rose by over 50% in 2013 according to their research. Nesta releases these figures as its crowdfunding directory CrowdingIn.com celebrates its one year anniversary.

The number of crowdfunding sites in the UK has shot up since the start of 2011, with the majority having launched in the last three years. There are now 87 platforms active in the UK, 27 of which launched in 2013 – followed by a further seven since the beginning of 2014.

Crowdingin.com, which was the UK’s first crowdfunding directory, allows users to filter by the type of funding being sought and the sectors that platforms specialise in. For each of the 87 platforms listed on the website, a summary of services provided and their conditions of use are listed to help users make choices about the platforms which meet their needs.

Nesta representative and Senior Researcher Liam Collins explained that a combination of modern technology and the financial crisis has made the crowdfunding market ripe,

“We’ve seen phenomenal growth in the number of platforms over the last five years, across every type from reward-based crowdfunding to peer-to-peer lending. Crowdfunding has proved immensely popular, both in the UK and globally, and these figures show that this trend is set to continue.”
Crowdfunding is just one aspect of the alternative finance market which has rocketed over the last few years. Past Nesta research shows that almost £1bn was raised by alternative finance in 2013 in the UK, predicted to rise to £1.6bn in 2014.