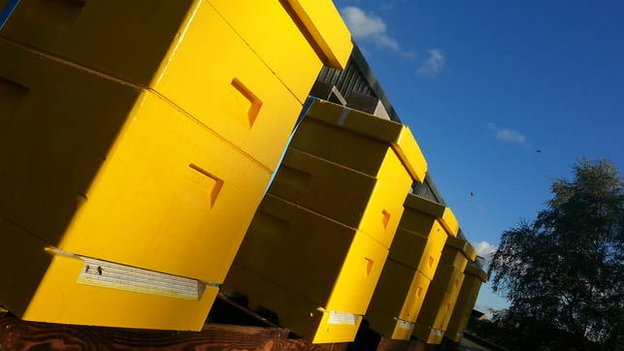 According to those involved, it is something that is becoming increasingly popular with entrepreneurs and the public.

In Scotland, crowdfunding has helped to reopen a closed-down bar in Thurso, fund a beehive business in Wishaw and is supporting an ex-serviceman’s drinks business in Edinburgh.

In 1997, the group was struggling to afford a US tour and asked fans to help pay for it.

Now, 17 years later, crowdfunding is said to involve thousands of groups and individuals and millions of pounds

Founder of Angels Den
In a new report, the Crowdfunding Centre has quoted statistics that suggest a new project is created somewhere in the world every three minutes.

The report, eFunding and The State of The Crowdfunding Nation, also said that in the first quarter of 2014 there were 2,230 new projects in the UK.

Also, more than £4m in rewards – donations made by individuals and businesses – were pledged in that first quarter. A further £5m of equity, which is money given in exchange for a share, or a small stake in the business, project or venture, was generated.

The report said that in March more money was pledged in the UK than in January and February combined.

Bloom VC was the first crowdfunding site to be launched in Scotland, and the majority of its early projects were Scottish owned.

Since Bloom other Scottish-based platforms have emerged such as ShareIn in Edinburgh and Glasgow’s Squareknot.

Model and Tens sunglasses
Sunglasses venture Tens was launched by three friends who met when they were students in Edinburgh
The projects and businesses in Scotland seeking finance are wide ranging.

Simon Collier, a trained cocktail bartender who moved from Gloucester to Scotland in 2004, generated £20,000 through Equity CrowdFunding on BankToTheFuture.com to help him buy a closed-down pub in Thurso.

Family, local people and businesses were among those who gave him money and the new bar, Mr C’s, opened in July last year.

“We first opened with a couple of tables and chairs. That was pretty much all we had,” said Mr Collier of the bar which has since added designer stools, a pool table and wall-mounted flat screen TV.

Mr Collier said the initial process of crowdfunding was tough, but once he had made his pitch the venture generated great interest in the town.

“The bar was one of several businesses in the area that had closed down and that fact strengthened the pitch. People who used to use it all wanted to know what was being planned,” he said.

It has been launched by Kris Reid and Marty Bell, who are both from Inverness, and Tom Welsh, from Sheffield. They met when they were students in Edinburgh.

Surprisingly for a business selling a summer accessory, Mr Reid their concept was born during a road trip through the Highlands on “a grey afternoon three years ago”.

Using San Francisco-based website Indiegogo, the trio hoped to sell £9,400-worth of orders for their Far East-manufactured product.

But Mr Reid said: “Currently, we’re sitting at £235,469, raised making Tens the most funded sunglasses project on any crowdfunding platform and the second most-funded fashion project ever on Indiegogo.

Plan Bee, which has raised more than £70,000 via crowdfunding, said its aim was to “make a natural positive impact on the environment” by boosting honeybee numbers.

Still from film
Short film April Passed is among arts projects to turn to crowdfunding for finance
Edinburgh-based crowdfunder, ShareIn, focuses on technology and health companies.

Founder Jude Cook said: “When people invest on ShareIn they receive actual shares in the companies – like Dragons Den but for investments of £10 upwards.”

She said the platform’s first success was Holoxica, a company that creates 3D holograms and holographic displays for use in medicine, science and engineering.

Ms Cook added: “We’ve got some other incredible companies coming on soon – including Parkure who want to find a cure for Parkinson’s Disease.”

Going Out West, a show featuring graduates of University of Essex’s East 15 Acting School, has sought finance through Zequs for a performance at this August’s Edinburgh Fringe Festival.

April Passed is a new Gaelic short film shot on the Skye backed by the Highland Council and also money raised on Indiegogo.

Platforms claim crowdfunding has boosted innovation and increased opportunities for social ventures, the arts and businesspeople to realise ambitions.

Mr Morrow said: “Crowdfunding is all about democratising access to funding and the “olde school” model of pin-stripe Edinburgh lawyers colluding on funding in musty offices has been left far behind.

“Enterprise is never an easy option and allowing ordinary people to fund these deals is a key part of the new renaissance.”