Financing with the Crowd: Indiegogo, Seedrs and Wayra Give Their Two Cents 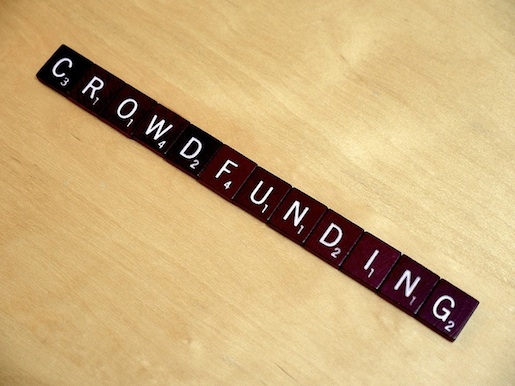 Financing with the Crowd: Indiegogo, Seedrs and Wayra Give Their Two Cents

Financing with the Crowd: Indiegogo, Seedrs and Wayra Give Their Two Cents – Part I
ELENA RUECKERT 2014-05-23 0

This week the word “crowdfunding” was added to the Merriam-Webster’s Collegiate Dictionary. Indeed, “the practice of soliciting financial contributions from a large number of people especially from the online community” has been growing significantly in popularity – especially among European startups who are looking for pre-seed or seed funding.

Here is how Jeff Lynn, CEO of equity crowdfunding platform Seedrs, sees the future of crowdfunding: “I think in Europe broadly and Germany specifically, it is going to continue to grow very significantly. I think one thing to remember in terms of crowdfunding is that, while it is still in its early days and people see it as this new thing, in ten years time it will be like e-commerce. Nobody really says e-commerce anymore. It is just commerce.”

Interestingly, Liz Wald, Head of International at reward-based crowdfunding site Indiegogo, made a similar comparison only this time with eBay: “Think of the first person on eBay and how revolutionary that idea was to get people comfortable using that system. A hundred billion dollars later everyone has used eBay. Crowdfunding will become a common thing just like using an ATM or trading online or anything else that people said would never work.”

Recognizing this forecast for the future, crowdfunding platforms new and old are moving fast to grab a piece of the pie. In March, Companisto debuted its pan-European platform. In that same month, Indiegogo opened an office in Berlin. Welcome Investment also joined the crowd this month.

However, it would be a mistake to assume that these platforms are copies of each other, which means that startups need to do their homework before launching a campaign on just any platform. This inspired us to do a bit of homework ourselves. We sat down with leaders in the crowdfunding space including Jeff Lynn from Seedrs and Liz Wald from Indiegogo to learn why the difference between reward-based and equity-based crowdfunding matters. In Part II of this article, Garan Goodman, Director of venture accelerator Wayra Germany, also gives his input on how crowdfunding combined with gaining experience at an accelerator will play a more prominent role in how startups raise capital.

Rewards or Equity? That is the question.

A reward-based crowdfunding platform like Indiegogo allows fans of a project to receive some type of incentive for donating to a campaign – and a worthwhile incentive can make a big difference. “If you can get people to pay for an experience which you would normally have had to pay for yourself, thats a win-win,” explains Wald. For tech startups, it is common to offer pre-sales of the product that is being funded as an incentive. More creative ideas that Indiegogo has seen were the opportunities to play a zombie in an apocalypse film, guitar lessons over Skype or taking over a fan’s Instagram or Twitter for the day.

“Reward-based allowed us to keep it really simple to get capital to people,” says Wald. The American-based crowdfunding platform finds itself constricted by American laws which only allow accredited investors to invest in equity crowdfunding. Therefore, with rewards-based crowdfunding, Indiegogo was able to “roll out globally right out of the gate” thereby avoiding American investment regulations.

Wald shared with us her reasons why tech startups who would consider going for equity-based would still want to go with rewards-based first. “It puts you in the drivers seat, gives you a first production run, data, customers, and proof of concept which you can then take to real investors.”

“In Germany, you actually don’t get equity. You get profit sharing with all kinds of restrictions and rules. Equity crowdfunding might as well be another bank for those who will never get outside capital like start-ups, artists and nonprofits who don’t have an exit strategy.” Equity-crowdfunding platforms who are affected by this include the German platforms Companisto and Seedmatch. Under German law, they are only allowed to facilitate a certain type of debt – not equity. This means that investors are not receiving real shares in a startup, though there are certain similarities.

Apart from the criticism, Wald shared that once equity-based crowdfunding allows non-accredited investors to take part in the US, Indiegogo “will look very strongly at doing that.”

One platform that is already doing equity-based in the European space is Seedrs. According to Lynn, Seedrs is “a platform for investing in awesome startups and for awesome startups to raise capital from a wide range of investors.” On an equity-based platform, the crowd consists of “investors” rather than “donors”. From £10, you take “the exact same position as an angel or a VC. You are buying shares in each of these companies. And you experience the full upside if you investment succeeds and that makes it a very different place [in comparison to reward-based].

As Seedrs is based out of the UK and adheres to UK laws and regulations, the platform is “able to facilitate genuine equity investment regardless of where the businesses and investors come from.”

So, which is the best option for startups? Lynn sums it up by saying, “From a startup perspective, there are advantages to both. We have had startups that have used reward-based crowdfunding like Kickstarter and Indiegogo as well as equity crowdfunding through us and, depending on what you are making and what type of support you are looking to get, they both have advantages. But they are actually very different platforms when you are dealing with donation or purchase on one hand whereas investment on the other.”