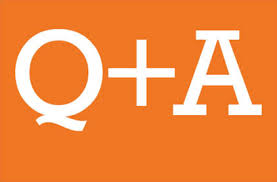 On April 10, 2014, the Investor Advisory Committee (the “IAC”) of the Securities and Exchange Commission (the “SEC”) held a meeting during which it recommended that the SEC adopt crowdfunding rules that are both consistent with the Dodd-Frank Act and commensurate with the risks inherent in allowing early stage start-up companies to sell securities based on limited information to unsophisticated, low net worth investors. The IAC specifically made six recommendations to strengthen the SEC’s proposed crowdfunding rules, which we describe briefly below.

The IAC recommended that the SEC, as an initial matter, adopt tighter restrictions on the amounts that investors can invest in crowdfunding offerings. The IAC specifically recommended that the SEC initially use a “lesser of” approach to setting investment limits. In other words, unless both an investor’s income and net worth exceeded $100,000, they would only be allowed to invest up to 5%, and that 5% calculation would be applied to the lower of either their net worth or income; and if both an investor’s net worth and income exceeded $100,000, then they could invest up to 10%, but that 10% calculation would still be applied to the lower of either their net worth or income. However, the IAC noted that it would be appropriate if the investment limits for accredited investors be calculated using the “greater of” methodology since accredited investors are at least in theory better positioned to understand the investment risks and absorb potential losses. The IAC also suggested that if crowdfunded companies enjoy a lower than expected failure rate, if concerns about unfair valuations, liquidation risk and risk of dilution are found to have been exaggerated, and if efforts to ensure that investors understand the risks of crowdfunding offerings prove effective, then the SEC could consider adopting a “greater of” approach to setting investment limits for all crowdfunding investors.

The IAC recommended that the SEC clarify and strengthen the obligations of intermediaries to ensure compliance by issuers with the crowdfunding rules. The IAC also recommended that the SEC clarify the requirements for background checks and clearly affirm the right of funding portals to “curate” offerings, including the right to reject offerings based on a variety of factors (e.g., dilution and liquidity) without automatically triggering regulation as a broker-dealer. In addition, the IAC recommended that the SEC consider, in revising the compliance obligations of intermediaries, adopting a tiered approach ‒ based on such factors as the size of the offering, permitted investment amounts and participation by individuals with a record of securities law violations ‒ in order to minimize regulatory costs, including the reporting obligations of issuers, where the risks are smallest and maximize protections where the risks are greatest.

The IAC urged the SEC to require intermediaries to play a more active role in insuring compliance by issuers with the crowdfunding rules, both before and during crowdfunding offerings. The IAC expressed concern that simply relying on representations by issuers that they are in compliance will not significantly inhibit either intentional or unintentional violations. With respect to funding portals’ right to curate offerings, the IAC noted that in determining whether or not an investment recommendation has been made the SEC should look to its existing guidance to draw that distinction. The IAC encouraged the SEC to explore whether it would be possible to require or encourage intermediaries to post standardized information about the failure rates, returns and other relevant information of start-up companies funded through their funding portals.

The IAC also noted that the SEC has failed to set any standards for the background checks for determining whether an offering participant is subject to disqualification under the proposed crowdfunding rules, relying instead on intermediaries to use their experience and judgment to design systems and processes to help reduce the risk of fraud. The IAC expressed concern that this approach is likely to result in background checks of uneven quality, and thus urged the SEC to clarify intermediaries’ obligations in this regard in order to ensure that a minimum standard of quality is met. The IAC also urged the SEC to require that a summary of the sources consulted as part of the background check be posted on the funding portal’s website along with a description of the funding portal’s standards for determining which offerings present a risk of fraud in order to better enable investors to evaluate the thoroughness of the background check.

The IAC recommended that the SEC take further steps to ensure that educational materials clearly convey the required information and are reviewed and, to the degree possible, understood by investors.

The IAC expressed concern that intermediaries will be reluctant to do anything that could discourage investment, and the proposed crowdfunding rules would allow intermediaries to develop educational materials that downplay the risks and to deliver them in ways that minimize the likelihood that they will be read and understood. The IAC also noted that it would be appropriate for regulators (e.g., the SEC, state securities regulators and FINRA) to develop a sample guide designed to alert investors to the risks of crowdfunding offerings. In addition, the IAC suggested that instead of allowing intermediaries to rely on the representations of investors that they have reviewed the material, the SEC should consider requiring or encouraging the material to be presented in the form of an interactive questionnaire that investors are required to complete successfully before being allowed to invest through the intermediary’s funding portal.

The IAC recommended that the SEC withdraw its proposed definition of electronic delivery, which fails to ensure that investors actually receive the required disclosures and educational materials, and continue to rely instead on the strong and effective policy for electronic delivery adopted by the SEC in the mid-1990s.

The IAC expressed concern that the SEC has proposed a definition of electronic delivery that could be satisfied by delivery of an electronic message that provides notice of what the information is and that it is located on the intermediary’s platform or on the issuer’s website, without clearly identifying in general terms where on the website the information is located or providing a specific URL that would take the investor directly to the relevant document. The IAC noted that the proposed approach would impose inappropriate and unwarranted burdens on investors to seek out required disclosures and pose a significant risk that issuers and intermediaries would use this less transparent delivery mechanism to deliver information they prefer to obscure.

The IAC recommended that the SEC require crowdfunding offerings to be integrated with offerings in reliance on a separate exemption where needed and appropriate to prevent evasion of regulatory requirements.

The IAC expressed concern that in the absence of integration, issuers would be able to conduct offerings simultaneously under multiple exemptions with potentially conflicting regulatory requirements. The IAC suggested that rather than eliminate integration for crowdfunding offerings, the SEC could provide a safe harbor from integration that is shorter than the six-month period under Regulation D, such as a two-month period. The IAC also suggested that the SEC should examine those offerings that may be used by an issuer and more finely tune its integration policy to only include those offerings that may present an abuse or evasion of regulatory requirements.