Holoxica is first to use Scots funding site 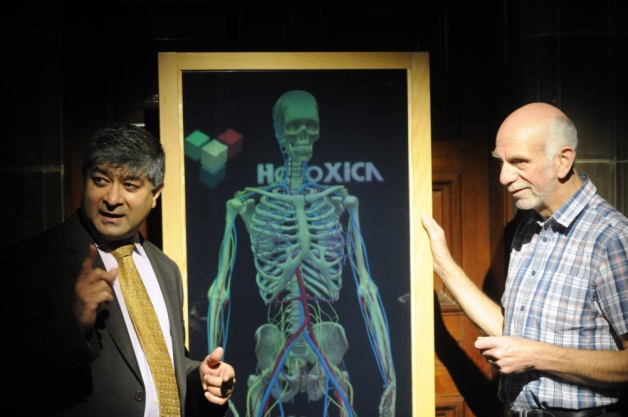 Holoxica is first to use Scots funding site

Holoxica, the University of Edinburgh spin-out company that is pioneering 3D display technology, has become the first business to meet its targets on a new Scottish crowdfunding site.

The tech firm, whose interactive three-dimensional displays have been likened to the technology seen in the Star Wars films, is in the process of raising cash to boost research.

Yesterday, it hit a £60,000 target from small investors using Edinburgh-based crowdfunding site ShareIn. Holoxica was one of an initial batch of five companies to use the trial version of the platform, which is aimed at British technology and health firms.

Javid Khan, founder of Holoxica, said: “It’s been an incredible ride since we went live on ShareIn, and the journey has proven that equity crowdfunding is a compelling way to raise capital.

“Having broken through our £60,000 target, our goal is to look after the interests of our new private investors and expand Holoxica to the point where they achieve a healthy return on their investment.”

Chief executive Jude Cook said: “We are passionate about innovation and want to give amazing ideas a chance to flourish, and we are delighted to see that other people feel the same. It’s great to be out of beta-testing and now fully live.”