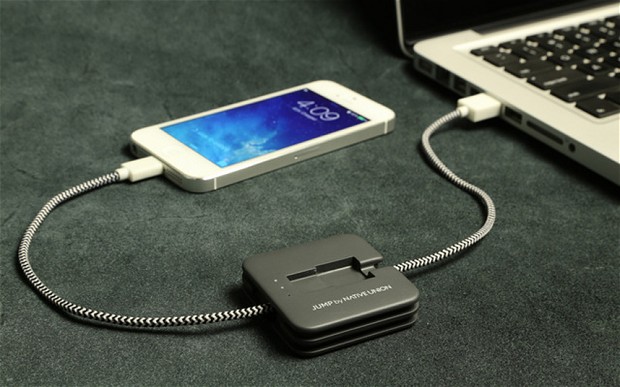 A compact smartphone battery pack that charges itself every time you charge your phone has smashed its crowdfunding target on Kickstarter, after receiving significant media attention at this year’s Consumer Electronics Show (CES).

The device, known as Jump, consists of a 800mAh battery attached to a smartphone charging cable. It connects to a USB port at one end and a smartphone charging port at the other. Using so-called AutoCharge technology, Jump is able to detect when the battery inside your smartphone is full, and automatically redirect the power to charge its own battery.

This can then be used to provide a power boost to your smartphone when the battery is running low. Native Union, which developed the product, claims that Jump is able to provide up to 3 hours and 50 minutes of additional talk time, or 87 hours of standby time.

“We’ve all faced the frustrating issue of our smartphone running out of power, just when you want to make that call, send a message, or find where you are on a map,” the company said on its Kickstarter page. “We are confident that JUMP will provide up to one third additional charge to an iPhone 5s as we move forward towards production.”