Will 2014 Be the Big Year for Equity Crowdfunding? 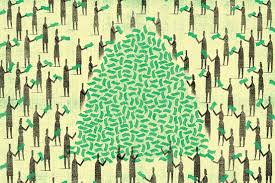 Will 2014 Be the Big Year for Equity Crowdfunding?

Will 2014 be the year equity crowdfunding arrives in big way for us? Maybe, if we get our act together.

The world’s most popular crowdfunding site is Kickstarter, whose pioneering experience highlights crowdfunding’s huge upside potential, as well as its downside risk. Kickstarter started out as a site for creatives producing artistic works like movies to raise resources over the Internet. Soon consumer technology companies began preselling proposed new products so they could raise the resources to actually develop them. Successful crowdfunding campaigns have raised from tens of thousands to over a million dollars for new product launches.

Here’s the trick though: Raising resources is one thing; delivering on the promise for a new innovation is another. While many new product launches on Kickstarter are successful, a high enough percentage are running into serious problems that it is hurting Kickstarter’s credibility. So the Kickstarter founders are returning to their roots as a site for creatives to raise resources to produce art, not new products.

Equity crowdfunding is the ability to raise capital over the Internet by selling stock. While equity crowdfunding is already popular around the world, until very recently it was illegal in the United States outside of an expensive and highly regulated initial public offering process. IPOs are unrealistic for most entrepreneurs who are limited to raising capital through private placements to people they already know through “preexisting relationships.” Most of the people entrepreneurs can raise money from have to be “accredited investors,” but most entrepreneurs don’t know enough individuals with the required net worth of over a million dollars not counting their primary residence.