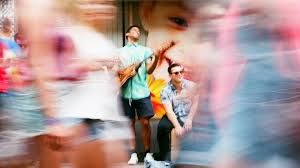 Using the Razoo platform, GiveMN, a statewide crowdfunding campaign for Minnesota nonprofits, did just that on November 14, 2013, when over 52,000 individual donors combined to set a record for the most money raised in a single day through crowdfunding (as far I can tell).

Habitat for Humanity upped its crowdfunding game in 2013, bringing to a total of more than $5 million the money raised at Share.Humanity.org (which is powered by crowdfunding site Fundly).

These are significant signs of the growing movement toward using crowdfunding as a meaningful source of financing for nonprofits.

Last year yielded an estimated $5 billion in global crowdfunding with about 30 percent of that total going to social causes.

But nonprofits aren’t the only ones using crowdfunding. With the SEC issuing late in 2013 new regulations under the JOBS Act, which was signed into law in April 2012, crowdfunding of investments is beginning. The general solicitation rules were in effect for the fourth quarter, allowing entrepreneurs and other issuers to publicly advertise securities offerings.