Crowd-Funded Concerts Catch On in China 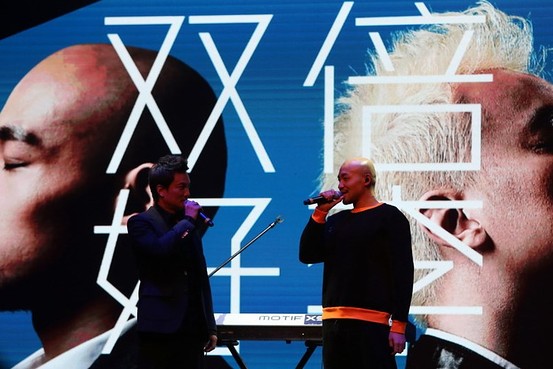 Crowd-Funded Concerts Catch On in China

On a recent weeknight in Beijing, about 800 people gathered at a club in downtown Beijing to watch a performance by pop singer Li Quan and Li Daimo, a singer made popular by the “Voice of China” TV show. At home, several hundred more participants were tuning into the concert live from their computers or smartphones.

Xiami first proposed the concert on Taobao in late November, saying it would go forward if organizers could raise at least 100,000 yuan ($16,520) from online ticket sales in about a month. Tickets ranged from 1 yuan to watch the concert live online to 280 yuan to see it in person and 2,999 yuan to request a song in the show.

The company said the project reached its fund-raising goal in less than 15 days, with more than half of participants choosing to watch the show online.

Crowd funding is a practice by which a project or venture is funded by small amounts of money from a large number of people. The idea for using it in the music industry isn’t new: In the U.S. ArtistShare, which launched in 2003, so far has fan-funded recordings that have earned six Grammy awards and 21 nominations. Meanwhile, Kickstarter, the world’s leading crowd-funding platform that launched in 2009, has so far received pledges from 5.4 million people worth $933 million to fund 54,000 creative projects in areas like music, film and technology.