What will Crowdfunding Look Like in 2014? The Skoll Social Entrepreneurs Challenge Raises the Bar 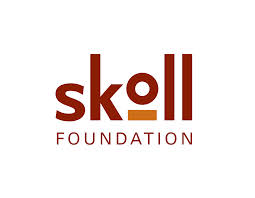 What will Crowdfunding Look Like in 2014? The Skoll Social Entrepreneurs Challenge Raises the Bar

In recent years, crowdfunding models of the type that support a new product—like a prototype for a cool new watch, or a friend’s idea for a new genre of art, or an important cause, like a marathon runner’s mission to run in honor of a family member or friend—have swept the social change landscape.

With the successful close of the Skoll Social Entrepreneurs Challenge, we saw crowdfunding embracing the age of the social entrepreneur. The Challenge raised $2.4 million—double the amount of any other Skoll Foundation crowdfunding campaign. Of the organizations participating, an average of $37,804 was raised. That’s more than three times the average raised by a charity participating in a CrowdRise Challenge.

Skoll Social Entrepreneurs Challenge organizations are recipients of the “Skoll Award for Social Entrepreneurship.” Working on the frontlines, social entrepreneurs fight disease, poverty, and injustice with their innovative approaches, proving that: health care, education, and basic needs can be delivered efficiently and equitably; that sustainability trumps depletion; and that large-scale impact is possible. Learn more about the winners here.

Embracing unique incentive structures, social media tools, and e-marketing strategies mimicking the most successful online retailers, CrowdRise Challenges like these have seen phenomenal leverage in turning seed money into an impact many times greater than even the best dollar-for-dollar matching campaigns. Skoll’s $250,000 prize money was leveraged 9:1 in the latest Challenge. Leverage and scale is not only important for enacting a socially disruptive idea, it’s also a growing way to drive financial support for those ideas.