Are Crowdfunded Renewables The Game Changer? 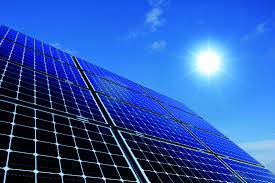 Are Crowdfunded Renewables The Game Changer?

Crowdfunding of renewable energy projects is growing fast in Europe. If this grassroots movement gets organized in time to access the big money available in the next round of cohesion funding, it could have far reaching effects on the European energy sector.

In recession era Europe, much talk is of ‘innovative’ or ‘alternative’ financing for sustainable energy – meaning money other than the public purse. Compared with the cost of transition to a low-carbon economy at €270 billion (or 1.5 % of its GDP) annually, crowdfunding at present is pretty insignificant – although growing exponentially. In 2012 crowdfunding in Europe saw an estimated 65 % growth compared to 2011 and reached €735 million. This figure is promising compared to the shrinking European venture capital market of €3 billion, although modest compared to the European initial public offering markets (in the range of €16.5 billion). Still, with industry insiders Massolution forecasting an 81 % increase in global crowdfunding volumes in 2013, it looks like crowdfunding might just get serious.

Crowdfunding is the collective effort of many individuals who pool their resources to support efforts initiated by other people or organisations. This is usually done via or with the help of the Internet. Individual projects and businesses are financed with small contributions from a large number of people, allowing innovators, entrepreneurs and business owners to utilise their social networks to raise capital.

Crowdfunding has several things going for it compared to traditional funding, as was noted recently in a report published by the European Capacity Building Initiative. First, crowdfunding can provide finance to small business and community organizations otherwise excluded from formal finance. This support for entrepreneurship is also touted as a leading advantage by lobby group European Crowdfunding Network. Speed in mobilising funding is a another characteristic of crowdfunding– as neatly demonstrated in the recent new world record where  €1.3 million was raised in just 13 hours by selling shares in a wind turbine to 1700 Dutch households in a deal brokered by Windcentrale. Risk-taking, necessary for marketing novel renewable energy products which still need to be tested in large scale, can also be addressed by crowd sourced finance as it taps into a more risk-tolerant segment of lenders or investors.
Continue reading…