The start-ups struggling to make a name through crowdfunding 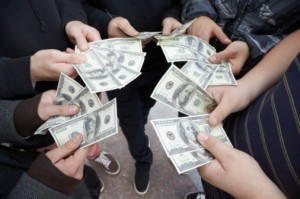 The start-ups struggling to make a name through crowdfunding

Crowdfunding websites have caught the imagination of millions of web users, providing businesses and creative ventures with a platform to appeal for money.

The likes of Kickstarter and Indiegogo are seen as pioneering a new internet funding model that has elements of investment and philanthropy. Less well-known sites – such asRocketHub, Crowdcube and Seedrs – are also gaining traction.

Projects raise money by asking people to pay in advance for products and services that don’t exist yet, using the cash for development. Donors get rewards, often linked to the amount they’ve pledged, such as badges, t-shirts, tickets, or a copy of the book or gadget – whatever is being funded – as a thank you for their support.

The rise in crowdfunding has been fuelled by some remarkable successes. The story of how an unknown computer gaming firm, Ouya, reached an ambitious funding target for a new console within eight hours of listing, and then went on to raise more than $8m on Kickstarter, has become an internet legend.