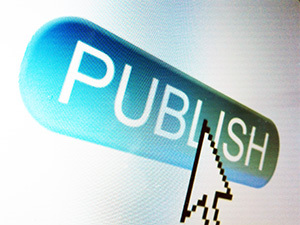 Authors wanting to crowdfund the publication of their book often turn to Kickstarter, the darling of the crowdfunding scene. One of the earliest successful crowdfunding sites and now boasting a huge community, Kickstarter is the obvious place to go if you want to raise money for a print run, but as a general platform, there’s nothing specifically baked into Kickstarter that supports authors’ needs.

That’s where Pubslush comes in. Run by mother-daughter team Hellen and Amanda L Barbara, this American start-up is focused on providing crowdfunding services tailored to the needs of authors, agents, self-publishers and small presses, which aren’t necessarily the same as those of technologists, film makers and musicians.

There are two main differences between Pubslush and other crowdfunding sites, the first of which is that Pubslush offer its project owners “personalised, one-on-one advice, targeted for books,” said Amanda L. Barbara, Pubslush’s vice president.

“The author gets an author relations co-ordinator and access to a team that helps create the rewards. We don’t want an author to be intimidated [by the complexity of crowdfunding] so, for a small fee of $25 [deducted from your earnings only if your project is successful], our team helps build the rewards. So it’s not just upload and submit, we’re a part of the process.”