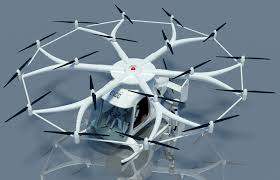 The maiden flight of e-volo’s 18-rotor Volocopter electric aircraft prototypelast month seems to have impressed quite a few people. The company is claiming a European crowdfunding record after raising €1.2 million (US$1.64 million) in under four days.

The fundraising effort was launched on German crowdfunding platform Seedmatch, which differs from better-known platforms such as Kickstarter and Indiegogo in that it lets people invest in startup companies rather than simply pledge funds to essentially pre-order a particular product.

“The raised money will now serve to optimize the first prototype of the VC200 and, as part of the testing scheme, conclude a comprehensive test flight program for this new aviation category,” says e-volo Managing Director Alexander Zosel. “After that, we will build a weight-optimized prototype of the VC200 near series production conditions and finalize type-certification and mold construction for series production.”