The Next Big Thing: Where Crowdfunding and Investing Meet 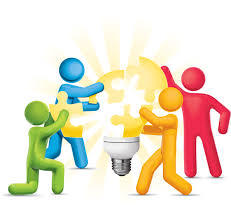 The Next Big Thing: Where Crowdfunding and Investing Meet

It’s what many investors dream about: getting in at the ground floor of the next Apple or Facebook. Thanks to the 2012 Jumpstart Our Business Startups (JOBS) Act and a recent decision by the Securities and Exchange Commission (SEC), some investors may be one step closer to uncovering such an opportunity through a new type of investing called equity-based crowdfunding.

Crowdfunding is part of a worldwide phenomenon that leverages the power of the Internet to pool the resources of people (the “crowd”) in support of a project. “There are two main models for crowdfunding: donation- and equity-based,” said John Mroz, Investment Consultant for Northwestern Mutual Wealth Management Company. “Donation-based crowdfunding (think websites like KickStarter and IndieGogo) is when people donate funds in exchange for tangible, non-monetary rewards, such as a copy of the company’s computer game or the promise of a future service or perk when the project is completed. In contrast, equity-based crowdfunding is where investors contribute early-stage funding to a company in exchange for an equity stake in the business.”

Donation-based crowdfunding has seen tremendous growth in the last few years. In fact, industry insider Massolution reported that crowdfunding volumes are estimated to reach $5.1 billion in 2013, an increase of 89 percent from 2012. Many expect equity-based crowdfunding also to take off.