What could the Chancellor say about crowdfunding renewable energy? 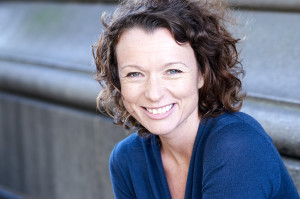 What could the Chancellor say about crowdfunding renewable energy?

A Trillion Fund educated guess list on possible announcements the Chancellor could make on crowdfunding and renewable energy in Thursday’s Autumn Statement, by Julia Groves.

It is now possible to include unlisted AIM shares in your ISA allowance, and the Treasury is understood to be generally supportive of increasing the range of qualifying investments, potentially including crowdfunding, into ISAs.

This would boost finance for SMEs, at no extra cost to those businesses, while improving returns to investors.

Loan-based crowdfunding, including P2P lenders, such as Zopa and Ratesetter, and platforms like Abundance Generation, Buzzbnk and Lendinvest has already generated more than £1bn for UK SMEs.

Equity-based crowdfunds, where investors take a stake in a start-up, already benefit from Enterprise Investment Scheme reliefs (EIS &SEIS)  but could be considered too risky for ISA status.

However including loan-based crowdfunds would be a win for investors who want to save tax and diversify and for businesses, boosting returns for investors and driving up the amount invested in SMEs through alternative finance.

If the Chancellor is serious about stimulating investment and growth, then better tax treatment for crowdfunding is a complete no-brainer.

There is a huge appetite among investors for direct, transparent, uncorrelated investments that beat high street returns, such as crowdfunding. And there is huge demand from cash-starved businesses for better ways to raise funds.

This tax relief of 30 or even 50 per cent set against income tax liability is the envy of our American counterparts, and a strong driver for investment into the real economy.

EIS relief is still available on some renewable technologies at some scales,  though I fear that the days of EIS relief on solar investment may be coming to an end as this technology is sufficiently mature, and has already come down so far in price that it can (almost) stand on its own two feet.

On the other hand, biomass, hydro, tidal and energy efficiency projects have a very different risk profile and would still benefit from the tried and trusted incentive of EIS.

So please Mr Osborne, can we keep EIS as a much needed boost for these young low carbon technologies which can do good for the planet as well as the economy.