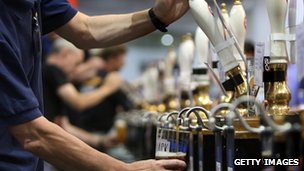 Arran Brewery has become the latest Scottish brewer to turn to crowdfunding as it seeks to expand its operations.

Arran is to launch an offer later this month in a bid to raise £4m.

Crowdfunding is a way of raising equity by asking a large number of people for a small amount of money each, usually via the internet.

Arran Brewery recently announced plans to open a brewery, hotel and visitor centre in the village of St Fillans, Perthshire.

The move is part of wider plans to open new breweries, a distillery and its own chain of public houses.

The beer maker said investors would be offered product and service discounts.