Can Crowdfunding Give the Private Space Race a Boost? 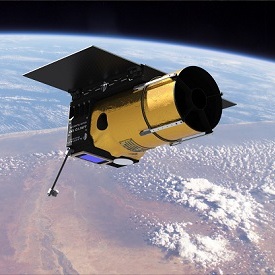 Can Crowdfunding Give the Private Space Race a Boost?

The end of the space shuttle program ushered in a new era of space exploration carried out by private firms like SpaceX. But Elon Musk isn’t the only one interested in exploring the cosmos, and some organizations have turned to crowd-funding sites like Kickstarter and Indiegogo to make their space dreams a reality.

Former NASA engineer and LiftPort Group founder Michael Laine, for example, took to Kickstarter last year in an effort to fund a sci-fi-inspired Lunar Elevator, or a rocketless transportation system to the moon.

LiftPort’s modest campaign set an $8,000 goal to build an indoor test rig and a robot that can climb 2 kilometers straight up – an early step in the eventual construction of a Space Elevator. For a company that had only five years earlier shut down the project after running out of money, the hope for this campaign was to help rebuild the LiftPort community.

Over the course of the 21-day funding campaign, the company earned more than $110,000 from 3,468 backers – a response that “literally changed our lives,” Laine said Saturday during an appearance at the Engadget Expand conference in New York. “We were completely unprepared for that.”