Crowdfunding sites are the smart new way to raise finance but how do you work out which projects will succeed? 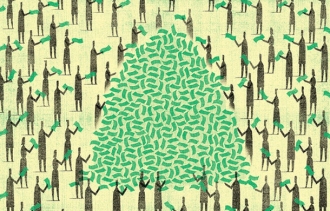 Crowdfunding sites are the smart new way to raise finance but how do you work out which projects will succeed?

When “Superwoman” signs up to something, you know that an idea has taken off. Especially when the Superwoman in question is financier Nicola Horlick.

Earlier this year, she raised £150,000 in less than a day, to set up a film-financing company via a crowdfunding site, a place that connects online backers with would-be creators. No wonder her latest venture, revealed this week, is – you guessed it – a crowdfunding site, Money&Co, which will launch next year. She’ll have a way to go to catch up with the reigning king of crowdfunding, Kickstarter, though, which celebrated a year of business in the UK on Monday. In those 12 months, more than £22.5m has been pledged to projects in this country, with £17.1m going to successful self-starters.

While it’s no doubt that Kickstarter has had a huge impact in the run up to its first birthday, and that crowdfunding is the hip new way to raise capital, there’s that little matter of £5.4m. You see, Kickstarter takes an all-or-nothing approach to success and failure. If a project reaches its fundraising target, it is considered successful and if it doesn’t, even if it is just £1 (or $1, given the site’s American roots) off its target, then it has failed and no money can be taken.