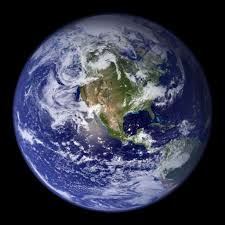 Editor’s Note: The following is a guest post from David Drake, founder of LDJ Capital and the Soho Loft. Drake writes in to discuss a new book for entrepreneurs, to which he contributed a chapter on crowdfunding startups. You can find Drake’s previous articles here.

Remember the recession in 2009?

It put millions of people out of work, toppled governments, and stagnated economies. With unending lines of people queuing for jobs, and the need to place food on the table, a new breed of “accidental entrepreneurs” saved the day.

Indeed, according to the highly regarded Ewing Marion Kauffman Foundation, “Rather than making history for its deep recession and record unemployment, 2009 might instead be remembered as the year business startups reached their highest level in 14 years — even exceeding the number of startups during the peak 1999–2000 technology boom.”

Where did these entrepreneurs get their funding? Instead of looking at traditional sources of financing, they got creative.

Many of them turned to the crowd. Internet crowdfunding is a direct result of the need of entrepreneurs to ﬁnd new ways to fund their dreams. Online crowdfunding platforms, an emerging method of capital formation, plays a critical role in the growth and acceleration of innovation.