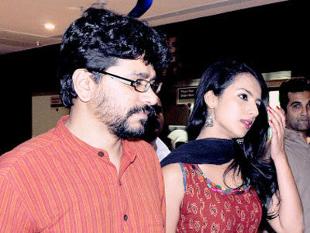 NEW DELHI/CHENNAI: The commercial success of Kannada thriller “Lucia”, amongst a handful of Indian movies to have raised money through the crowdfunding route, is expected to boost the prospects of this nascent funding model.

Scores of people, including software engineers who contributed to the crowdfunding campaign launched by filmmaker Pawan Kumar last year, are set to gain handsome returns as the movie enters its third month in the theatres.

The film released on September 6 has already earned gross returns of Rs 4 crore and is expected to run for at least another three weeks.

“There are about 45 people who are entitled to share in the profit, and once we pay off all the taxes, we will start the process,” said Kumar, 31, who produced and directed the movie.

Nearly a quarter of the film’s budget of Rs 2.5 crore was raised through the crowdfunding route, with investors contributing Rs 70 lakh.

While about 1,300 people responded to Kumar’s plea for funding on his Facebook site, only those who put in between Rs 50,000 and Rs 2.5 lakh are entitled to benefit from the film’s success . “I invested about Rs 50,000, and expect to get back the initial investment very soon. The rest will come after the Lucia production crew gets paid,” said Bangalore-based IT industry professional Sandesh, 30, one of the earliest investors in Kumar’s project.