II. Why crowdfunding is rising: demand for greater autonomy and control over our money 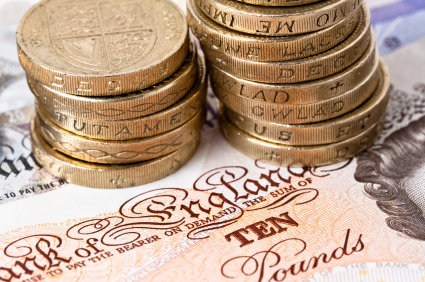 II. Why crowdfunding is rising: demand for greater autonomy and control over our money

Simon Deane-Johns, company secretary of Zopa, the world’s first debt based, peer-to-peer crowdfunding platform, asserts alternative finance is not merely driven by recession, (ACCA, 2013.) Zopa, the UK’s largest peer-to-peer lender was established in 2005 during a credit boom in the same year as Kiva. Therefore, there are other important underlying dynamics driving demand for crowdfunding other than the ‘financial crisis.’

Editor in Chief and author at Wired Magazine, Chris Anderson (2010,) suggests that actually there is something occurring far more fundamental and systemic which helps explain the rise of crowdfunding. An entirely new economic model is emerging, the shoots of which can be seen to be emerging in the media and entertainment sectors over the past few years. Likewise, as Ebay and Amazon are demonstrating the potential of this new economic paradigm, as are Air BnB and the more recent ‘Schwopping” phenomenon, unprecedented levels of choice provided through online intermediaries help to decentralise business models geographically making previously unviable business propositions suddenly viable.

Businesses and organisations have access to geographically dispersed communities connected through the digital ether. The niche and small time products, services and communities are not only able to survive – but flourish. Crowdfunding is harnessing these same dynamics enabling cost and information barriers to be broken down allowing individuals to, “re-imagine themselves into roles that were previously denied to them or were not accessible to them,” (Glasgow Chamber of Commerce, 2013, p.10.) In terms of crowdfunding this could be as equity investors, technology development facilitators or philanthropic givers for example.

Crowdfunding is a viable alternative to big bank banking
It has been widely documented that there is a growing mistrust of the traditional banking sector with growing interest and concern among consumers about how and where their savings are being invested. It is widely documented that crowdfunding provides a more direct, non-bank, transparent and participatory means of taking control over how consumers save and invest their money. Crowdfunding offers a form of financial disintermediation whereby crowdfunders are able to fund individuals, ventures, organisations and businesses more directly as opposed to traditional financial institutions and corporations.
Social media engagement and financial activism
Crowdfunding has been identified to enable a greater level of engagement and activism within CF ventures. Linked to the above outlined drive towards autonomy and control over how money is invested, donated and saved, there is also an important community element to crowdfunding. The rapid growth of social media is creating an ever more internetworked world. Crowdfunding harnesses this and indeed building a community around the crowdfunding venture proposition seems to be a key determining factor of successfully funding a given venture. The deepening penetration of social media is very important to crowdfunding and is the primary means of
engaging online communities across geographies, countries and cultures. Facebook was established in 2004 just prior to the crowdfunding sector really beginning and now has over 1.15 billion monthly active users as of June 2013 (Facebook, 2013.) Twitter also launched in 2006, again just a few years prior to crowdfunding really gathering pace. Online social media enables individuals to build communities around similar interests and values in an increasingly diverse and versatile manner. It also enables networks of individuals to coalesce around a crowdfunding venture and it has been shown that this is a major determinant in the successful funding of a given venture (Viswanathan, 2013, p.31.) This acts a form of ‘soft’ information in helping to determine the decision making of crowdfunders.