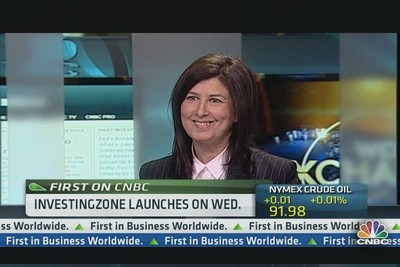 Having won the account last month, pitching against three other agencies, creative agency

other takes a bold approach to taking InvestingZone to market.

businesses –and are willing to take understandable risks.

Running through October and November, our campaign targets the confident investor

with an off and online media  mix that includes national press, online space plus ambient

channels such as taxis, and oyster card covers handed out at key city underground stations.

In a series of creative treatments, no-frills headlines – ‘Not for idiots’, ‘Don’t follow the

crowd, work it’, ‘Nobody tells you what to do’, ‘The cleverest person you know is you’ – pull

no punches to attract the financially savvy to register.

“The InvestingZone campaign targets sophisticated investors who have seen plenty of

financial marketing. People with the confidence and knowledge to take big, entrepreneurial

judgment. Our work stands out because it speaks directly to them and makes a big impact

as InvestingZone itself is a big departure from the traditional old investment options. People

“Often the cleverest person an investor knows is him or herself. Nobody tells you what to

do! InvestingZone lets the investor spread the risk and take control, which is an exciting

prospect for most investors. If you’re an investor, try it.”