Enterprise crowdfunding: How an IBM experiment improved innovation and morale 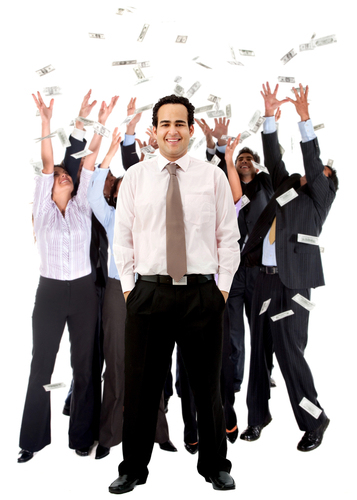 Enterprise crowdfunding: How an IBM experiment improved innovation and morale

This is a guest post by David Drake, of LDJ Capital.

Can the principles of crowdfunding work within the walls of an established corporation such as IBM?

With the popularity of Kickstarter, Indiegogo and Kiva, crowdfunding has taken a new turn inward in corporate America. We are calling the trend Intranet or Enterprise Crowdfunding.

Instead of going out to seek financing, technology giant IBM saw the internet fundraising model as a viable way to generate engagement and participation within its own ranks, and to spark innovation and collaboration by its own employees.

On August 28, I had the opportunity to sit down with Michael Muller of IBM Research, who initiated this project together with Steven Daniels, Werner Geyer, Todd Soule and John Wafer.

The IBM initiative is one of the world’s first enterprise crowdfunding projects. The first trial run was started in the spring of 2012. Compared to Internet Crowdfunding, where individuals or groups use their own personal funds to finance projects they want to support, IBM’s month-long Intranet Crowdfunding project was sponsored and funded by the enterprise itself. But the decision of how and where to allocate the company fund was left up to the employees.

Five hundred employees were each given $100 and the chance to propose a project — but they could only use the funds to support the projects of their co-workers, not their own. The projects they created sprang from needs shared by all employees, in areas such as the cafeteria or the printers used by many departments. The participation rate was a whopping 46 percent. A second trial was run in another part of Research, with even stronger participation.

The third trial of the concept was run by the CIO and IT divisions, offering $10,000 to $50,000 per project, and focused only on technologies. About 300 employees from 29 countries were involved and 10 projects were successfully funded. (Like Kickstarter, the model was an all-or-nothing funding.) Compared to the first trial, where only 42 percent of the funding came from people unknown to the project leader, in the second trial 80 percent came from anonymous donors within the organization.

With three successful trials under its belt and a fourth about to begin, IBM has found that enterprise crowdfunding works, for projects both large and small. As long as people have something in common with the project proposer (e.g., a country, working group or division), they will invest. When a communication strategy is in place, participation is guaranteed and collaboration is boundless.

What we see in this project is the removal of ego-based crowdfunding, where some project owners market a project for their own benefit or where donors use their personal funds to influence who gets funded in an all-or-nothing funding model. As stewards of the company’s funds, employees can bankroll projects that do not even directly benefit them, and can propose projects in which they have no direct vested interest.

The IBM initiative helped create highly innovative projects and increased employee engagement, since the projects were all for the common good. It created a strong community ethic within the company and encouraged real innovation and genuine collaboration.

The IBM initiative shows that companies can benefit from crowdfunding by truly connecting to and engaging employees and community, leading to grassroots innovation, better executive decisions, an improved participatory company culture and higher morale.

If enterprise crowdfunding can improve innovation and morale within a single company, just imagine the ways it can transform the country as a whole.

David Drake is an early-stage equity expert and the founder and chairman of LDJ Capital, a New York City private equity advisory firm, and The Soho Loft, a financial media company helping firms and funds to advertise to investors, QIBs and family offices in compliance with the new SEC law 506c. You can reach him directly at David@LDJCapital.com.