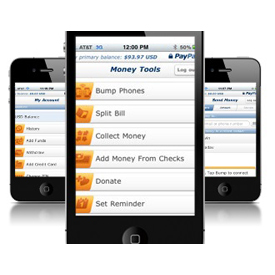 PayPal this week promised to review how it handles crowd-funding efforts after several projects had their funding frozen by the online payment service.

In a blog post, PayPal said that crowd-funding campaigns – made popular in the past year or two by services like Kickstarter and Indiegogo – are a new concept and therefore “potentially open to abuse.”

“PayPal has a responsibility to ensure that the system remains secure, in compliance with government regulations around the world, and that consumers who contribute to these campaigns understand where their money is going,” wrote Tomer Barel, vice president of risk management at PayPal.

The company is not opposed to helping crowd-funding projects. “When done right, crowdfunding is a powerful catalyst for innovation

,” Barel wrote. “However, it’s clear that our existing policies and processes aren’t working quite right for this particular fundraising model.”

, which saw ticket sales for its first fan convention, Journeycon One, frozen by PayPal for about a day this week. That came after the firm raised more than $1.5 million on Kickstarter back in March for its game Dreamfall Chapters.

Iceland-based Mailpile ran into the same problem with an Indiegogo campaign for its email client. It successfully raised more than $160,000 of its $100,000 goal this week, but last week, PayPal froze about $45,000 of the $135,000 it had raised at that point. Ultimately, PayPal reversed course and even donated $1,000 to the Mailpile campaign.

Part of the problem was that the firms were based abroad, PayPal suggested in an interview with Ars Technica, though it could not go into detail about exactly what prompted the crackdown. Indiegogo provides the option of paying via PayPal, but Kickstarter relies on Amazon Payments.

For now, PayPal said it is “in the midst of overhauling our policies in this space” to come up with a permanent solution that avoids frozen accounts. Until then, “we will ensure that each crowdfunding campaign is reviewed by a senior member of my team before any action is taken. It’s a small, but important step,” Barel wrote.