Reducing the fear of regulation and fraud from equity crowdfunding 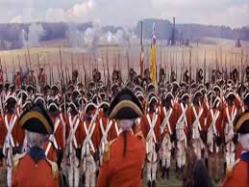 Reducing the fear of regulation and fraud from equity crowdfunding

There are two big fears when it comes to equity crowd funding.  Platforms fear regulation and everyone fears fraud.  Both unfortunately are likely, but signs are that these fears will be reduced by a collaborative approach from the FCA and the crowd funding platforms themselves.

The Sunday Times recently reported that Crowdfunding, will face regulation by next April 2014.  The FCA spokesperson said: “We believe most crowdfunding should be targeted at investors who know how to value a start-up business, and who appreciate the risks involved and that they could lose all of their money.  We want it to be clear that investors in the majority of crowdfunds have little or no protection if the business or project fails.”

Some crowdfunding sites have secured approval from the FCA but others are structured in the hope that they do not require regulatory authorisation under the current rules. Accordingly, if a particular investment fails, the investor in an unregulated site has a higher risk of losing all of their investment than would be the case for other forms of investment; and, as the funds are unauthorised, they will not have recourse to the Financial Ombudsman Service or be protected by the Financial Services Compensation Scheme.

The FCA has said that it believes that most crowdfunding should be targeted at sophisticated investors who know how to value a start-up business and who fully understand the risks involved.

Another major concern expressed by the FCA is that some crowdfunding platforms may be handling client money without proper regulatory permission or authorisation. Such organisations, and the individuals involved in running them, may be at risk of sizable fines and even criminal sanctions.

Luke Lang, co-Founder of Crowdcube, stated: “We are determined to keep the ‘crowd’ in crowdfunding. We want to ensure that any proposed changes to regulation are considered and proportionate, and do not over-regulate a nascent industry out of existence.”

On the 4th September Lang met with officials at Downing Street to discuss this further.  Representatives from the Treasury, FCA and Dept of Business and Innovation were in attendance, for an information sharing meeting.  According to the Sunday Times, the FCA is planning to meet with crowdfunding businesses in October and it hopes to announce plans for regulating the sector by February 2014.

The organisation they have been consulting most closely with is the UKCFA (UK Crowd Funding Association).  It formed earlier this year and they have set out a Crowd Funding code of practice for the sector.  This code clearly gives more than a nod to the FCA as it sets out a simple framework that the FCA could adopt in their approach.  The key chalenge they will face is trying to create a regulatory system that is appropriate for all the different tyes of crowd funding platforms and businesses they help.

In the meantime investors should use authorised sites and take advice if they are unsure. Likewise new crowdfunding sites and platform providers have to appreciate they aren’t technology or social media firms but are entering the world of financial services. This means a change of mind set and an understanding that they will have to take appropriate legal advice.  If they don’t, they leave themselves vulnerable to be victims of fraud and investigation followed by action from the FCA. If they do take advice and follow existing frameworks around the promotion of financial products, adhere to money handling rules, “know your clients” rules, data protection rules and all other regulations they will protect themselves and their clients.

The FCA has an opportunity to build foundations and support a new sector of the financial services market.  The early adopters are showing that businesses can raise funds and grow in this way and clearly there is investor appetite for it.