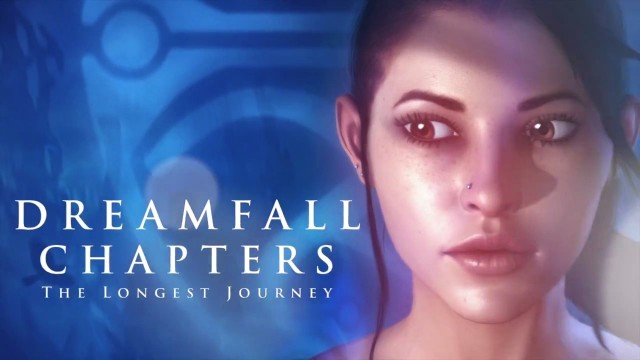 Update: PayPal has contacted Red Thread Games and it appears the issue has been resolved. PayPal issued this statement to Forbes via email:

“Our Customer Service team reached out to Red Thread Games and we’re pleased to report that the issue has been resolved. As we’ve mentioned before, PayPal is still working on our process to best address the needs of crowd funding businesses while adhering to laws and regulations around the world. It’s a top priority for us to get this fixed once and for all. “

Red Thread Games has confirmed this via Twitter. So good news all around.

A few days ago Ars Technica ran a really interesting story on a little crowdfunding project called Mailpile which had its crowdfunding money frozen by PayPal.

“The idea of crowdfunding is relatively new, and…Paypal has to manage the risk model and also the regulatory and compliance issues in every market in which we operate,” Anuj Nayar, Paypal’s Senior Director of Global Initiatives, told Ars.

“We’re working very diligently with some of these crowdfunding organizers to work out the system,” he added. “Right now, I’d love to be able to say that tomorrow we’re going to be issuing new guidelines, but it’s more complicated than that—it really is dependent on where people are located. We have to remain in compliance around the rules depending on which market both the crowdfunding organizer is, and also their customers. If it was an easy problem we would have fixed it already!”

In other words, PayPal doesn’t know how to handle crowdfunding just yet. Are these payments or donations? What are the legal rules and loopholes and other potential problems involved?

It’s actually a complicated issue, and I can sympathize with PayPal here when it comes to setting up clear guidelines. How they’re going about handling it, on the other hand, is an entirely different story.

Today, just four days after the Mailpile story, video game developer Red Thread Games tweeted that the PayPal funds for their crowdfunded game Dreamfall Chapters have been frozen, noting that “We keep hitting a wall when we try to contact @PayPalcustomer service.”

This is a game that raised over $1.5M on Kickstarter. The good news is that Kickstarter uses Amazon Payments rather than PayPal, so the bulk of the game’s funding remains in the hands of the creators.

And this is just the latest news, which comes on the heels of a similar freeze on the account of Nyu Media, the publisher of Yatagarasu Attack on Cataclysm, a 2D fighting game crowdfunded through IndieGogo.

The email from PayPal advises us that they have ‘reserved’ the funding and will release ‘up to 50% of the funds’ before Yatagarasu AoC is released and the rest only after they have verified copies of paid invoices. What’s more, they provide no option to discuss, stating we should ‘contact us closer to the release date beginning of next year’ to arrange release of the funds.

We appreciate irony as much as the next person, but PayPal refusing to provide funds legitimately raised to complete a game until after the game is released isn’t just beyond ridiculous – it potentially derails the game development.

After this was covered in a number of publications, PayPal reversed course, sending King another email advising him that the money had been released from “reserve” status. That was about five hours ago. When Ars ran the Mailpile story, PayPal released the funds and tossed in their very own $1,000 donation.

So this is apparently the way things are being handled at PayPal right now in regards to crowdfunding:

Step two: Wait until it goes viral on social media and press outlets begin covering it.

While I hope this pattern continues in the near future so that Red Thread Games gets their money and can continue developing their adventure game without interruption, it’s also a pretty terrible way to handle policy—or lack of policy, as the case may be.

For one thing, PayPal should be contacting these companies over the phone rather than through an impersonal email. They should have real people handling these accounts and discussing their issues with the money in real time.

No recourse and no way to directly contact customer support is not just terrible customer service, it borders on unethical. After all, PayPal still has access to that money and stands to profit from it. Meanwhile, developers who rely on that money can be placed in a financially precarious position with potentially devastating consequences.

Crowdfunding is new and complicated and there are real legal issues surrounding it that PayPal needs to address.

But until they can come up with clear policy, they should be working with these projects, not against them.