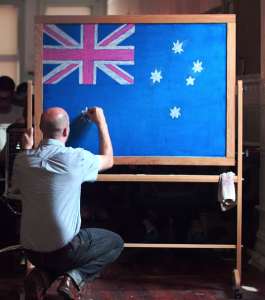 Crowdfunding platform Kickstarter is expanding its platform to two markets Down Under. It is opening up its network to Australia and New Zealand-based projects “in the very near future,” the company says, drumming up interest two days after the site opened its doors to Canada, and comes some months after it went to its first market outside the U.S., the United Kingdom.

Kickstarter originally noted it would move into Australia and New Zealand in August.

The move is an important one for Kickstarter, which is one of the more popular platforms but competes against sites like Indiegogo, which positions itself as “international” by nature.

Kickstarter, which has funded over 48,000 projects and raised $780 million, has yet to launch an official presence in non-English speaking countries, although as you can see from searches such as this one for France, there are still a number of projects already underway in that country, anyway.

The difference when Kickstarter launches a local presence is that those posting projects can accept pledges in local currencies — although those pledging, as before, can come from anywhere. As with other international launches, it’s likely to guess that Kickstarter will keep fees consistent. Currently Kickstarter takes a 5% fee on funded projects and no fee on those that don’t meet their goals.

The increased local focus should give Kickstarter a kickstart Down Under. Currently in Australia there are only 41 projects listed for Australia, for example.