Crowdfund your way into new markets 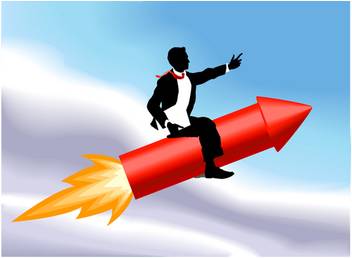 Crowdfund your way into new markets

Crowdfunding myths: it’s not right for my type of business; it’s only for quirky consumer products; it’s not capable of raising sufficient funds for my plan.

If you are a pre-investment entrepreneur, interested in jumping into a new vertical or have an investment into a company with flat revenues, then we suggest you read on:

With the market acceptance of platforms like Kickstarter and IndieGoGo beyond doubt, crowdfunding has exploded in the last five years, with around 600 web-based platforms currently facilitating the raising of funds from groups of individuals across the world. It is estimated that over $5.1 billion in funding will be raised by the end of 2013 via crowdfunding sites, comparing to $2.7 billion in 2012.*  In contrast, venture capital funding fell by 20% in 2012 to just over $40 billion.**

Crowdfunding typically falls into one of three categories:

So how can crowdfunding be used to help validate your business idea and indeed drive new market penetration for companies who possess a platform technology? Here’s one of our client projects:

Prior to PERGALI’s rebranding of Fuel3D, the company was singularly focused on 3D imaging for the medical sector. Stuart Mead took over as CEO of Fuel3D in 2012:

“Although we had a viable product for our medical market, I was very conscious of the rapid growth in 3D printing in consumer markets and was keen to address that opportunity,” said Mead. “Committing resources to building a new product line for an unknown market was something that warranted alternative funding options.”

This led the company to consider crowdfunding as a method of both validating its vision and to generate funding to support the development of the new product.

Kickstarter was selected as the most appropriate platform on which to launch, and preparing the company for its campaign required a huge amount of attention to detail to give the campaign the best chance of success. With guidance from PERGALI, Fuel3D was born, and in little over a month PERGALI created a completely new brand, commercial positioning, web site, PR messaging and social media strategy. Once everything was ready, a 30-day Kickstarter campaign began.

With a heavy emphasis on PR and social media, the key objective was to alert early adopters in the 3D printing and gaming communities that an affordable 3D scanner was now available to pre-order on Kickstarter. This involved highly specific targeting of key media and bloggers with pitches that appealed to their particular area of interest, and also required having an active voice in the online community’s response to the story, participating in forum discussions and managing feedback.

“Our focus was heavily concentrated on the US market and so our materials, messaging and PR efforts were all designed to generate maximum impact in North America,” said Phil Newman, CEO of PERGALI.

The initial funding goal of $75,000 was surpassed within just two days and, a month later, the campaign closed at $325K in funding. But the benefits of the campaign were not just financial.

“We were delighted by the reaction to our Kickstarter campaign, which was a huge validation of our idea,” said Mead. “We received many orders from our core US and UK markets and were inundated by approaches from distribution partners and technical collaborators. Interest from venture capital companies and even national defense organizations told me that we were really on to something.”

Ultimately, Fuel3D knew that they had a platform technology that MIGHT have the potential to appeal to the 3D consumer market, but they didn’t know for sure. Crowdfunding provided the company with a relatively low-risk platform to test the market and happily found an overwhelmingly positive reaction. The campaign has now positioned the company at the forefront of the consumer 3D scanning market, when just two months ago it didn’t even exist – garnering favourable comparisons with competing products, including 3D printing industry giant, Makerbot.

Ever wondered if your technology might be a success in a completely different market? Crowdfunding could be the way to find out if you’re right. The PERGALI team has deep expertise in opening-up new markets, building commercial propositions, delivering the branding and messaging needed to support those markets, and executing targeted PR and marketing initiatives to generate traction.