Can I hitch a ride on the Oxbridge crowdfunding bandwagon? 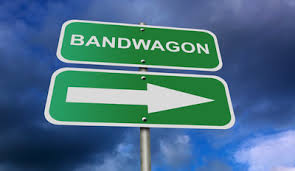 Can I hitch a ride on the Oxbridge crowdfunding bandwagon?

The ‘Not so Secret E-Commerce Entrepreneur’ continues… It’s incredible that Pret a Manger’s™ founders Sinclair Beecham and Julian Metcalf started their company way back in 1986; “with no money”. Yet Pret was sold in 2008 for £345 million to Bridgepoint Capital.

Similarly Hertfordshire farmer, Will Chase started Tyrrell™ Crisps in 2002 on a shoestring – it has just been sold for £100 million to a luxury brand investor, Invescorp. Their fairy tale success was all about product, passion and proactive brand building strategies – despite a lack of early capital.

But, as we well know, for every good fortune story, there are countless horror stories that we will never hear about, because they never even got started – simply for want of adequate start-up finance.

It makes you wonder – what great ideas and businesses has UK plc lost out on – because of this?

Given this reality – what can our entrepreneurs do?

Step forward crowdfunders – bravely venturing where our high-street banks are too timid to tread.

Instead of going cup in hand and signing over your property for the privilege of a high street bank loan – the brave new digital age has come up with a nifty way in which 000’s of people can invest small sums of money in businesses that take their fancy. In the process, they benefit with share stakes, freebie products, involvement in marketing (perhaps) and the warm glow of knowing they are supporting a businessperson trying to build a worthy business.

In 2013 crowdfunding is estimated to raise globally a WHOPPING $3.0 billion. In the UK the figure could be as high as £300 million. That’s a hell of a lot of UK small businesses given a crucial lifeline – at a crucial moment.

I hope to be one of those.

Seedrs – the UK’s fastest growing crowdfunder, has done some rather interesting research about the crowdfunding phenomenon, based on its own direct experience.

Here are the findings that grabbed my eye:

That last stat is interesting – why are there so many Oxbridge crowdfunding investors…?

The simplicity of signing onto a site and making an investment, from £10 upwards, is very refreshing.

Similarly the SEIS tax breaks for UK taxpayers (50% of your income tax bill can be cancelled) are astounding. (Another question: why does the Government give such generous tax breaks – whilst allowing our high street banks to sit on their cash hoards and not lend to desperate smes?)

But perhaps the most interesting stat is neatly summarised in this chart:

This simple chart shows that the ‘likelihood’ of funding success improves dramatically when entrepreneurs manage to hit the magic 35% of target funds figure. If they hit that figure – they then appear to have a 100% chance of achieving their TOTAL funding target.

It’s all about the bandwagon effect – which can be best defined as; “the probability of any individual adopting ‘something’ increases with the proportion that have already done so”. Not perhaps that new a concept – but in the age of social media and digital marketing, this is an even stronger and rapid impetus for funding good than ever before.

I really like that 35% stat – and I hope it works in my favour with the launch this week of my £100,000 Amano Tongue Cleanser funding exercise on Seedrs.