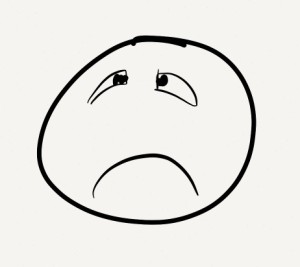 These shenanigans have happened in the past.  Skullgirl Studio – Lab Zero – experienced a PayPal freeze out in April 2013.  GlassUp experienced something similar just several weeks ago in August.  Now encrypted email developer Mailpile has enjoyed the same scenario.

As reported by Mailpile, this past Saturday Brennan Novak, one of the Mailpile team, awoke to two emails from PayPal.  The first notified him they had cancelled the debit card associated with his business account; the second informed him they had placed a block on his account barring him from withdrawing or sending any money.  Of course at first one suspects a security block or some other error.  Unfortunately this was no simple error.  After multiple calls  Brennan was able to speak to a supervisor who informed him that,

“unless Mailpile provides PayPal with a detailed budgetary breakdown of how (they) plan to use the donations from (their) crowdfunding campaign they will not release the block on (his) account for one year (emphasis added).”

Wow.  I am speechless.

A final email from PayPal authorities confirmed their stance;

It appears the block would persist until Mailpile had shipped their 1.0 version of their crowdfunded project.

In a posting on the Mailpile Indiegogo update page, organizers expressed their deep chagrin and disappointment with the ubiquitous payment platform:

This update is a mixed bag. We have good news and we have bad news.

The bad news is, PayPal have frozen our PayPal account. This means roughly $45,000 of the $135,000 we have raised so far are in a state of limbo and we don’t know when we will get access to the money. Rest assured, we are not taking this lying down and intend to put pressure on the company both through the media and legal channels and we have asked our counsel, the Software Freedom Law Center in New York, to help us work this out with Paypal. We have also disabled PayPal as a payment option on our campaign until it has been resolved.

We understand this turn of events may make some of you angry with PayPal (we are a bit frustrated ourselves), but we would like to request that nobody cancel their payments or take any action aside from speaking out. Ironically, their justification for withholding the cash is concern about charge-backs. So please, don’t give them any ammunition on that front by requesting refunds. It’s a weird, complicated situation, but we are confident we will prevail in the end.

We also want to reassure you that even though PayPal has let us down, we will still honor all of our promises to each and every one of you.

Now the story does have a happy ending – of sorts.  Mailpile has posted an update indicating the funds have now been released as it appears that PayPal has come around to the error of their ways.  Perhaps PayPal realized their heavy handed approach was not the best strategy to generate positive PR.   With the over 3100 supporters on the Mailpile crowdfunding campaign, which has raised over $140,000 as of today (with 5 days to go), they would be disappointing a lot of potential customers.

PayPal has been an innovative service since their founding back in 1998.  As companies get larger they can lose site of their customers from time to time.  Perhaps this is a good lesson for PayPal and maybe they will learn and adjust their policies to accommodate crowdfunding campaigns.  Of course if they do not – you can expect alternatives will present themselves ready to take their place.