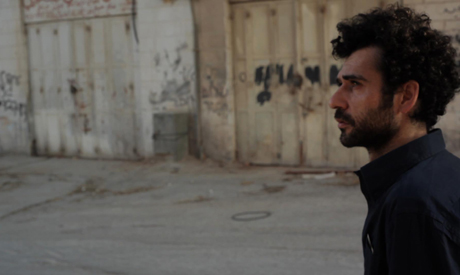 Egyptian artists, innovators and social activists are more frequently turning to crowdfunding platforms – portals that allow them to fundraise online for their artistic endeavors. Suffering from a dire lack of state support and limited opportunities for funding, Arab artists are seeking new financial models facilitated by the Internet.
Egyptian artists are now increasingly resorting to posting their projects on crowdfunding platforms, and linking to these pages on social networks, in the hope of raising money for their projects from as many people as possible within a desired timeframe (usually 2 to 6 weeks).
Crowdfunding is not an entirely new concept. If we set aside the online element, credit cards, videos and endless posts on social media, it boils down to an inspired individual deciding to take initiative for a project and asking others in their community, and extended community, to support it.
However, the novelty of the concept is tied to its online presence, through platforms such as ‘Indiegogo’ and the even more popular ‘Kickstarter’ (only available in the US and UK), anyone can initiate a crowdfunding campaign. All that is needed is a budget outline, a description for the project, perhaps a catchy video, and a social media marketing campaign for the duration of the project.
Crowdfunding is popular among small businesses and social development projects. Yet, for independent artists requiring money to work on their books, films, public art projects and music albums, this method of fundraising guarantees their autonomy. Foreign funding is often highly dependent on diplomatic relations, and corporate funding bodies often set certain conditions regarding use of their image and branding.
According to Sherief Elkatsha, an independent documentary filmmaker who used ‘Indiegogo’ to fundraise in order to edit his upcoming film, ‘Cairo Drive’, “[The campaign] gave the project legitimacy; up until that point everyone I knew was aware that I was working on some sort of film but this spread the word about it,” he said. Elkatsha further commented that, since this was an independent endeavor over three years, he needed a final push to have it ready for release.
Elkatsha’s ‘Cairo Drive’ is a documentary shot between 2009-2012, exploring Cairo life through its streets and notorious traffic. To hire a professional editor and get the film to numerous festivals, Elkatsha raised $33,000 on ‘Indiegogo’ in 40 days.
“I knew I had a good film,” he said. “Most of the people who supported the project were people I knew or friends of friends.”
Most of the artists Ahram Online interviewed regarding crowdfunding echoed Elkatsha’s statement, that the money raised ultimately came from people within their direct networks, with the exception of Mohamed Elshahed, who used ‘Indiegogo’ to raise funds for the second print edition of his publication ‘Cairobserver’, a blog commenting on Cairo’s urban culture and architecture.
“Only eight or nine of the people who funded the project, out of the 56 who supported me, were people I knew,” El-Shahed said. “This affirmed the importance of the project and ensured the process was transparent,” he added, comparing Crowdsourcing to the traditional fundraising process, in which a grant-giving body is usually approached.
Elshahed decided to opt for crowdfunding, since his application for a grant for the second edition of the publication was rejected. “I had it in the back of my mind since seeing Mosireen’s campaign a few months ago,” he continued. “To prove a point, that I could produce it (Cairobserver’s print edition) whether I get funding or not, I decided to use an independent crowdfunding platform.”
Cairobserver’s campaign raised $5,425 in 40 days.
Mosireen – a media collective that has been working on an archive of the revolution, along with training activists in Cairo and other governorates to use video as a means of driving the revolution forward – managed to raise more than $40,000 to cover running costs for their upcoming year and a half of work.
As an independent collective, Mosireen values autonomy above all else. They do not wish to satisfy advertisers or grant-giving institutions. “The idea for us is to serve the community with information, coverage, training, and the equipment we are providing,” Lobna Darwish, one of Mosireen’s founders told Ahram Online at the time of the campaign in September 2012.

Crowdfunding is usually used in a project-based capacity, however, some initiatives like Mosireen have managed to use it for running costs, rather than a specific project. Still, it would be difficult for crowdfunding to completely replace other fundraising activities.

Another Egyptian activist who has used crowdfunding is Jonathan Rashad, a young independent photographer who has been covering the events of the Egyptian revolution. Rashad raised $9,000 for new equipment, exceeding his original target of $8,500 to buy a new camera and lens and pursue his photo-documentary project on the Egyptian revolution.
Even though Rashad was happy with the campaign, he is uneasy about using crowdfunding again for future projects. “It feels kind of awkward, like begging; some people were even making fun of it,” he said.
In Egypt there could be a cultural issue with crowdfunding, since for Egyptian society, especially the upper-middle classes, talking about money is a bit of a taboo. However, as more and more people start seeing the benefits of crowdfunding, perhaps the younger generation will manage to challenge this cultural trait.
Film-maker Omar Robert Hamilton, one of Mosireen’s founders, used ‘Indiegogo’ to raise money for his recently released short film set in Palestine, ‘Though I know the River is Dry’. The film’s entire budget came from its two crowdfunding campaigns.
“It can only have a positive impact. It opens possibilities for everyone to implement projects that would have been impossible previously. In the Arab world we’re so far away from having a sustainable creative economy, we don’t have any state support for the arts, and we have very few institutions that we can trust, so crowdfunding is an incredibly important step forward and, hopefully, will enable all kinds of projects to happen over the coming years,” Hamilton told Ahram Online.
With the popularity of crowdfunding on the rise in the region, ‘Zoomaal’ was established – a Beirut-based crowdfunding website – similar to ‘Indiegogo’ and ‘Kickstarter’, but specifically focused on projects in the Arab world. Since its launch in July this year, ‘Zoomaal’ has had three big success stories: Mashrou’ Leila’s ‘Raasuk’ album, which raised more than $67,000, Dalia Abuzeid’s documentary ‘The Untold Stories of Gaza Refugees in Jordan’, which raised more than $5,000, and LIFT, which uses collaborative innovators networks to develop teaching raising more than $6,000.
“There are many projects in the region,” Abdallah Absi, Zoomaal’s CEO and founder told Ahram Online. “Seeing as we don’t have government spending on these kinds of projects, we saw a huge opportunity, especially since the Arab world has a huge expat network.”
“Arts projects have difficulties raising funds, since results are often hard to anticipate. crowdfunding can help them a lot, especially if they already have a lot of fans,” Marta Mia Bielek, Zoomaal’s media liaison said. “Arts projects are also very good at rewarding donors when they fund a project, which makes people more interested.”
Most crowdfunding campaigns give their donors perks, depending on how much they donate. These could be signed copies of the book/CD launched, credits in the film, merchandise, or any other creative outputs the innovators think of. Many opt to skip the rewards, as it adds work for artists already on tight-budgets, and the aim is to support the artist and project.
Another platform that emerged this year for crowdfunding is the Egypt based ‘Yomken’ (Possible), which focuses solely on artisans working with handicrafts and entrepreneurs. ‘Yomken’ networks with non-governmental organisations working with artisans and entrepreneurs to support them in crowdfunding for their work as well as serving as a platform for open innovation, in which artists receive professional help not just money.
“The person crowdfunding gets a mini-grant to produce a prototype, which is then put online and people pre-order the products until the innovator covers costs and makes a profit,” Tamer Taha, Yomken’s founder told Ahram Online.
Ahmed Bekhit from Beheira is among those using Yomken’s platform. Selling handmade Origami lanterns, Bekhit’s campaign involved selling these lanterns to support his self-taught practice, which he hopes to make a business out of and also use the art of origami in developing curriculums for children’s education. Bekhit raised EGP492 out of the EGP1200 required through this process.
Crowdfunding has a subtext benefit, which is profile raising. Since most campaigns have a website for their project, or a social media presence, as the project spreads on social networks it gains visibility. “Even if people don’t donate they find out more about the project,” Elshahed confirmed.
Also, in the independent art world, where most institutions and individual artists depend on funding from a limited number of foreign bodies, crowdfunding could serve as a method for artists to connect directly with supporters.
“It’s already happening; this alternative that never existed,” Elkatsha commented. “Artists are now more connected than ever to their audiences, and this audience is helping them out.”
“It can be a very powerful tool,” Elshahed said. “There is plenty of money around and many people who want to support these kinds of projects.”
Source: AhramOnline
Like!0
Share: