Marillion 'understood where the internet was going early on' 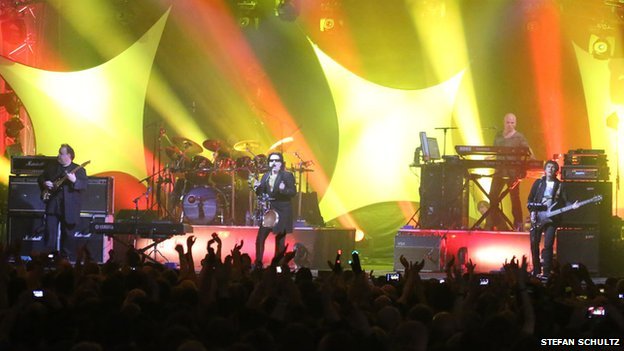 Marillion 'understood where the internet was going early on'

Ahead of the Progressive Music Awards, Marillion frontman Steve Hogarth discusses the band’s role as crowd funding pioneers, reactions to his 17-minute song about Gaza and why it is fine to be joked about by Alan Partridge.

“It’s great to know there’s people out in the world rooting for you,” says Hogarth, referring to the rock band’s four nominations at the annual awards.

Other nominated acts include Steve Hackett, Steven Wilson and The Enid. Jethro Tull’s Ian Anderson is to be honoured with the Prog God Award.

Best known for their top ten hits Kayleigh and Lavender in 1985, Marillion are notable for pioneering a crowdfunding internet business model that is mirrored today in websites like Kickstarter.

Inspired by that, the band turned the tables in 2001 and asked fans to pre-order an album 12 months before release. Some 12,000 signed up to finance the recording, resulting in the album Anoraknophobia.

For several years, Marillion have organised and performed at fan conventions known as Marillion Weekends. This year these took place in the Netherlands, Canada and the UK.

Marillion’s vast discography includes 17 studio albums, the most recent of which is 2012’s Sounds That Can’t Be Made, which opens with a 17-minute track about life inside the Gaza Strip.

The band’s current line-up has remained unchanged since 1989 when Steve Hogarth took over as frontman after the departure of Fish.

It’s the second year for these awards. What does that say about prog as a genre?

Jerry Ewing [Prog Magazine editor] has worked wonders for bringing experimental rock and progressive rock back in from the cold.

Ever since punk in 77 the term progressive and the whole idea of music that isn’t three minutes long has acquired its own bad smell in the media – and full marks to Jerry having the guts to stand up for it.

I have days when I wish we were bigger than we are, and than I have an awful lot more days when I think we’ve got this just about right”

Prog rock doesn’t get an easy ride in the media, but why does it seem so bullet-proof with fans?

I think everything’s bullet-proof if its any good. Far too much focus is placed on genre.

If something fits into the pop genre, that doesn’t make it good. It can be appalling, or it can be a piece of genius.

What might make progressive music appear to be bullet-proof is that there are some really interesting artists working within it. They’re not all great – and I wouldn’t name any names – but some of them are great, and it’s a good thing they exist.

How important are Marillion Weekends in the band’s master plan?

They are important financially because we make an awful lot of money out of those weekends so they float the boat for a period of time and stop us going bust.

They’ve grown and grown from spontaneous fan club events and we’ve been selling out year on year. What’s amazing for us is that we walk on stage into a room full of people who aren’t just there to see a show, but because they really believe.

We are in a very fortunate position that we don’t have to run away from our fans and, at the same time, we’re not really famous enough that we can’t walk down the street and go shopping.

I have days when I wish we were bigger than we are, and then I have an awful lot more days when I think we’ve got this just about right. 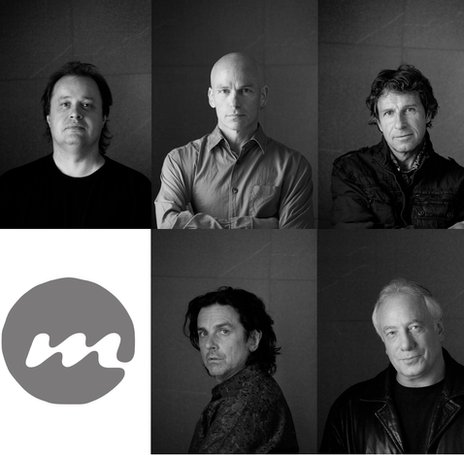 The current Marillion line-up has been together since 1989: (clockwise from top left) Steve Rothery, Mark Kelly, Pete Trewavas, Ian Mosley and Steve Hogarth

Why do you think Marillion fans put their faith in the band in the way they have?

What I set out to do – and I don’t always succeed, is to try and write words which contain the essence of being human. I get a lot of emails from people who say this song or that song completely took me apart because it’s a snapshot of my life.

I’ve had bikers email me and say “you’re the only songwriter who’s ever made me cry – I’m sitting in my garden weeping and I thought I was a hard man!”

People can smell honesty, I’m convinced of that. I’m not being pompous and saying we’re really pure and other people aren’t. But we’ve somehow managed to remain pure without going bust.

The latest album’s epic opening track Gaza is up for the Anthem award. What was it like tackling a political subject like that?

It’s alright sounding off about Gaza in the pub or at home but putting it on a CD and putting it out there in the world with your name on it, you’ve got to make damn sure that it’s right and what you’re saying is true and measured.

I knew I would upset people. We even included a note with the lyric on the album that this was not a song against Jewish people.

It’s a song that blames the world, it doesn’t blame Israel per se. It says whatever way you look at this situation, for these people to have to live like this isn’t right.

I have had a lot of email from Jews living outside Israel giving me a really hard time about this song and I’ve replied to them as well. I’ve not had one email from within Israel, which is quite interesting.

I would argue that I’ve written that song as something measured and have done a lot of research and I’ve spoken to people living there right now.

I stand by it and I wouldn’t withdraw one word that I’ve written in that song.

Hardly a week goes by now without a crowdfunding headline – what are your thoughts with Marillion having used this model at the turn of the century?

It’s amazing to see how it has proliferated. Marillion understood where the internet was going very early on.

We were crowdfunded by the crowd – they brought it to us for that 1997 American tour. Once it had been dropped in our lap, we soon woke up to how important this internet thing was going to be.

I ran into someone last year who did business studies at Oxford University and he said he’d written a thesis about the Marillion business model for his final year.

So we’ve made it all the way into the exams at Oxford. I think we should all get honorary degrees.

How much of Marillion’s longevity is down to the internet?

Without the internet we would probably have continued to function, but we could easily have split up. I’m not saying we would have, we might have found some other way.

But we were having our ups and downs and we had parted company with EMI.

What we needed was someone interested in promoting our music rather than making a fast buck and that was why we eventually turned to the fans for our first music pre-order. That’s how it all started with Anoraknophobia. 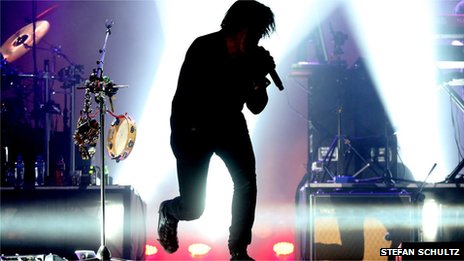 Where do you see the music industry going?

My feeling is that it’ll probably end up that you have to buy a music licence like you have a television licence. You’ll buy a machine and walk downstairs in the morning and you just say into the air “I’d like to listen to I’ll Be There by The Four Tops” and it’ll just come out of the speakers. You don’t need to own any of it because it’s all being streamed.

So in order to enjoy that, you’ll buy some kind of licence and all of that money will be split up between the owners of that content – which hopefully won’t be big corporations but the actual artists that produced the content in the first place.

What news of a new Marillion album?

We’ve actually taken the summer off. After the last convention in April we put our feet up and managed to go home and do important things like tidy out the garage and things that have needed doing for 20 years.

We’re on tour again in November. I think realistically it’ll be the beginning of next year when we get back together to start jamming for the new album. I think the next album will be 2015 at the earliest.

And are Marillion also playing a cruise ship concert (with Yes) at the Cruise to the Edge event in 2014?

I was very nearly murdered on a cruise ship by a bass player when I was about 22 so I’m reasonably reticent at the prospect as well.

Talking of your drummer, there’s a running joke about him in the new Alan Partridge movie Alpha Papa. Is it a good thing to be joked about by Alan Partridge?

I think it’s a good thing that Marillion are joked about anywhere. The thing about any kind of fame is that someone will be ripping the piss out of you on Mock The Week or whatever – and if you can’t take it, you shouldn’t bother getting famous.