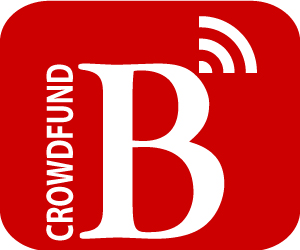 From time to time I will start highlighting some groups that are finding new ways to solve some of the many energy financing challenges that we face. I will be looking at both groups that are finding ways to fill gaps as well as companies that are rethinking old approaches to energy finance.
I thought I would start this series with a look at Greentown Labs, which is actually in the midst of both building a platform to fill a gap in the energy finance marketplace and exploring the use of new financing techniques, namely crowd-funding, to try and take their vision to new heights.
Greentown Labs is a cleantech incubator based in Boston (though in the process of moving to new and expanded space in neighboring Somerville in September). The idea – started two years ago – was to provide early-stage companies a place to not just collaborate on ideas and share services, but to have space to actually build the energy hardware of tomorrow. The lab has all of the things you’d expect to find at an incubator – collaborative space, mentors, and inspiration, but what sets it apart are the work areas – more than a dozen projects were underway on the lab floor (which boasts a machine shop and an electronics shop to go with the more typical software platforms and office-like work space), ranging from systems that fit on a table top to 40 foot long welding projects. Rather than my experience with most incubators – something along the lines of coffee shop meets office meets collaborative space – Greentown looks 1 part incubator and 2 parts mad scientist workshop.
Executive Director Emily Reichert explains that the space is designed for “clean energy entrepreneurs to build physical prototypes in a lab and operate their businesses in co-located office space. This creates a community of collaboration — shared tools, resources and ideas — that accelerates the progress of our companies and keeps the costs of operating a startup more reasonable.” It is the kind of workspace that the founders of Greentown realized was lacking in cleantech ecosystem – space where an idea can go from drawing board to real working prototype before a fledgling company is typically able to raise enough funding to secure its own dedicated lab space.
While there is no doubt that software and data are part of the energy industry of the future, harnessing energy is still a nuts and bolts business, and Greentown’s early results are impressive. According to founder Jason Hanna, Greentown is already home to 28 organizations, 100 employees, and a vibrant community that is helping to grow the clean energy ecosystem. The waiting list has ballooned to more than 15 companies, without any marketing or recruiting. Other success includes more than $25 million raised by member companies so far, 14 patents awarded, and a large collection of awards and grants. Two early graduates, Promethean Power Systems and OSComp Systems look on the availability of Greentown as the bridge that allowed them to successfully build proof of concept before being ready to aggressively fund raise.
With success comes the need to grow (accelerated by redevelopment plans for their current Boston Seaport neighborhood). In September, Greentown will leave its Boston home and move to better, larger space in neighboring Somerville. Even without the Boston address the new space is expensive. To raise funds for the move – one which both the city and the state are excited about – Greentown is looking to several sources. Joseph Curtatone, Mayor of Somerville, announced that Greentown Labs is the first recipient of a $300,000 working capital loan as part of the city’s new one million dollar revolving innovation fund. At the same event, with Governor Deval Patrick in attendance, the Massachusetts Secretary for Energy and Environmental Affairs, Richard Sullivan, announced that the Massachusetts Clean Energy Center would provide a $150,000 loan at a ceremony to celebrate the start of renovations on the new facility.
To fill out the equity requirement and other capital needs for the move Greentown has turned to crowd funding. There were three key reasons for pursuing crowd funding:
1) Greentown needed capital. Despite substantial help from loan programs, developing new lab space that can grow the vision is expensive and crowd funding seemed like it could be the path to fill some of the capital needs (and early returns are good, with more than half of the goal raised so far).
2) With crowd funding becoming part of the fundraising landscape, Greentown leadership saw this as an opportunity to learn crowd funding first hand.
3) The Lab sees itself as a key part of the cleantech community, running dozens of events, programs, and initiatives (some weekend long) and having hosted more than 5,000 visitors last year, and crowd funding seemed like a natural expansion of this community building exercise.
It may be in that third reason for pursuing crowd funding, making fund raising part of the community experience, that Greentown is realizing the most value. The ability to harvest funding from non-traditional sources is clearly exciting for new energy technologies, companies and enterprises. However, the ability to raise capital while simultaneously realizing public outreach and community engagement targets can’t be understated. Naturally building awareness and demand through the fund raising process provides new connections, applicant companies and even a new group of industry “champions” who are focusing on both the fund raising campaign and the Lab’s future.
This isn’t the first innovative use of crowd funding in energy (there have been several, with perhaps Solar Mosaic, the most well-known example), but it does seem like Greentown has found a very valuable application of this new fund raising approach. The Lab has found a way to link harvesting community relationships to drive investment while simultaneously building the supporting community for its efforts, effectively creating a cycle of engagement and growth. Whether this success can translate into the broader energy marketplace is an open question – Greentown certainly isn’t a typical energy endeavor – but it is certainly worth following.
Anyone interested in learning more about crowd funding or Greentown Labs can visit Greentown Grows.