How Crowdfunding Can Reduce Economic Inequality 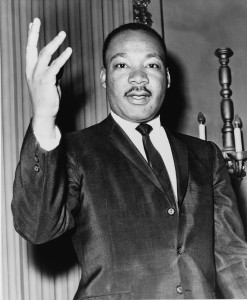 How Crowdfunding Can Reduce Economic Inequality

The following post was submitted to us this week by José Francisco Ávila.

As we celebrate the 50th anniversary of the March on Washington for Jobs and Freedom, many have expressed their opinion as to the strides made since then, and how much more work Americans have to do in realizing Martin Luther King Jr.’s dream. However, I want to reflect on the vision of A. Phillip Randolph and Bayard Rustin, who intended to focus the March on economic inequality.  Randolph inspired the “Freedom Budget,” which aimed to deal with the economic problems facing the black community, particularly workers and the unemployed.

As we look at the current economic conditions of New York City on the eve of the 50th Anniversary of the March On Washington for Jobs and Justice on August 28th, 1963, there’s no question that much needs to be done to achieve the Freedom Budget. By almost any measure, New York is among the most successful 21st century world cities. At the same time, 20% of the city’s 8.2 million residents are living below the federal poverty line—more than the entire rest of the state.   New York City had a higher level of income inequality than any other metropolitan area in the country, according to the U.S. Census Bureaus report: 2011 U.S. Neighborhood Income Inequality in the 2005–2009 Period.

Furthermore, while unemployment is lower in New York City than the rest of the country, the citywide measure masks significantly higher pockets of unemployment in specific boroughs. In addition, chronic conditions of unemployment among Black and Hispanic males in particular exact significant social and economic costs on those individuals and their families and communities, as well as on the city and state economies.

There are also an estimated half million full-time, year-round workers living in poverty in the city. More than 1.6 million New York City residents are classified as living in poverty, which is more than the total population of any county in New York State outside the five boroughs. In addition, federal poverty data for New York City and the rest of the country indicated a troubling trend of growing poverty within the five boroughs, with more than 20% of New York City residents officially classified as living below the federal poverty line, up from 18.2% in 2008.

In order to reverse the income and economic inequality and reduce poverty, it is time to make capitalism and the free enterprise system work for low income people. We must  explore alternative Economic Development strategies for low income communities which  include community members as vested partners with the public, private and not for profit sectors in the process of building a strong, healthy local community in which they can live and prosper.

Economic Development for low income communities should include the development of an infrastructure within the communities that promotes local  business development, and job creation. This Economic development strategy should promote active participation in the creation of individual and collective wealth in the community where one lives, participating in the economic revitalization of our own neighborhoods as producers, manufacturers and sellers.

Traditional approaches to economic development have not included an explicit return for residents because they were not seen as active partners, stockholders in the development process. The proposed strategy includes community members as vested partners with the public, private and not for profit sectors in the process of building a strong, healthy community in which they can live and prosper.

According to attorney Robert K. Ranun “We all want to improve the communities we live in, particularly if we have the opportunity to benefit financially by doing so.”At a time when funding from local, state, and federal governments is spread thin and credit is increasingly harder to come by, crowdfunding has demonstrated that collective and collaborative efforts of individuals can fuel significant change within America’s communities.

Crowdfunding, or raising money through small contributions from a large number of investors, allows smaller enterprises to have  access to the capital they need to get new businesses off the ground.  However, state securities registration can be prohibitively expensive  for the small offerings that crowdfunding facilitates, and the use of  crowdfunding for business financing is unnecessarily  restricted by state securities laws.

That is the reason I wrote the members of the New York Senate and Assembly to join legislators from Kansas, Georgia, North Carolina, Washington and Wisconsin by sponsoring the New York Jump-Start Our Business Start-ups (NY JOBS) Act to help local small businesses raise capital through Equity crowdfunding!

Crowdfunding Investment is similar to other crowdfuning initiatives, like Kickstarter, but rather than just raising money, equity crowdfunding would give investors shares in the small businesses they invest in. Crowdfunding may be an alternative source of financing to achieve public goals, including more jobs and stronger communities.

As we celebrate the 50th anniversary of the March on Washington for Jobs and Freedom I invite the New York Legislators to make A. Phillip Randolph’s “Freedom Budget” a reality, by dealing with the economic problems facing New York’s dwindling middle class and growing poverty; by sponsoring the New York Jump-Start Our Business Start-ups (NY JOBS) Act to help local small businesses raise capital through Equity crowdfunding and begin to reduce the increasing income and economic inequality!

José Francisco Ávila is president of the New Horizon Investment Club, which  was founded on May 21st, 2000  with the objective of pooling their financial resources to learn how to invest in the stock market and subsequently become active participants in the economic development of  their  New York City neighborhoods. He may be reached joseavilaus@yahoo.com