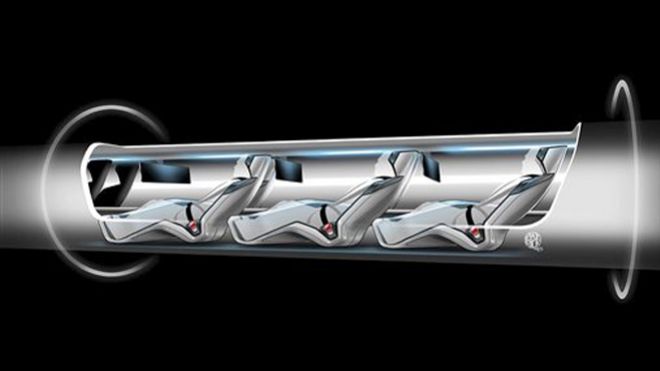 The Internet crowd on Thursday was called on to make real Elon Musk’s vision of a Hyperloop transport system that carries passengers in pressurized tubes at near-supersonic speeds.

“We believe the world is full of entrepreneurs who have great ideas but do not have the time or resources to make them a reality,” said JumpStart Fund chief executive Dirk Ahlborn.

“JumpStart Fund was built for that reason alone – to provide them with a place to bring their ideas to reality.”

The platform was launched a week ago by California-based online community Jumpstarter, which has been involved in matching investors with technology opportunities.

Jumpstarter said that it reached out to Musk’s private space exploration firm SpaceX to feature his Hyperloop plan at the platform.

Earlier this month, Musk unveiled a design for a super-fast Hyperloop transport system that could zip people between cities.

Musk, who heads electric car maker Tesla Motors and SpaceX, released a 57-page document describing the project, which he claimed could connect Los Angeles and San Francisco in 35 minutes.

Musk depicted it as a new form of transport, different from traditional rail, which would carry passengers and goods in pods in a contained system elevated on pylons.

The technical paper said Hyperloop “consists of a low pressure tube with capsules that are transported at both low and high speeds” along blankets of pressurized air.

Musk has referred to the system a cross between a “Concorde, a rail gun and an air hockey table.”

Musk billed his small team’s technical paper as an “open source design” for others to build on but noted that he is “tempted” to build a demonstration prototype.

The Hyperloop concept will be among the first to go through a JumpStartFund.com

“Members will be further asked to collaborate on every aspect of bringing the concept to reality,” JumpStarter said in a release.

The process includes coming up with additional ways of using the idea, and creating a development team.

While raising money from the masses on the Internet has become common at websites such as Kickstarter and Kiva, the new fund goes further by adding patented technology and problem-solving perspectives to the formula.

“We are trying to give startups tools they need to make their product more successful,” Fund co-founder Ahlborn told AFP. “Crowdfunding together with crowd-sourcing is a solution.”

JumpStart Fund was designed to be an online community where people can share ideas and build businesses, with individuals getting stakes in startups based on what they bring to the mix.

“Ideas get submitted, or it can be a patent, and we move it to a work-in-progress stage,” Ahlborn explained.

The Hyperloop project was expected to win enough votes at the Fund to become a work-in-progress.

Those who participate in shaping startups get advisory points which translate into shares in revenue.

Business ideas can be submitted from anywhere, but resulting companies will be formed in the United States, according to JumpStart.

Business models built with knowledgeable input from the “crowd” and based on viable technologies should prove enticing to investors, who are welcomed in JumpStart’s online community, according to its founders.