THE PROS AND CONS OF EQUITY CROWDFUNDING 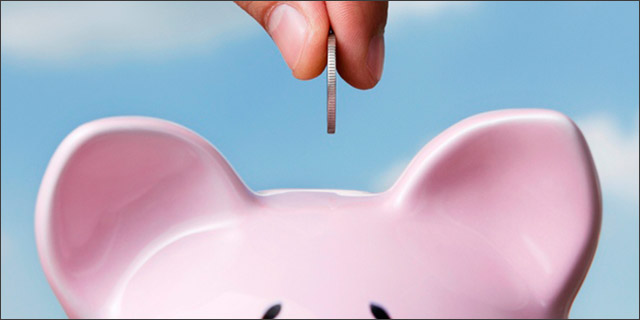 THE PROS AND CONS OF EQUITY CROWDFUNDING

The Securities and Exchange Commission (SEC) is still developing rules to legalize equity crowdfunding, which would allow regular people (non-accredited investors) to fund companies in exchange for equity. It’s still unclear what shareholder voting rights these rules will give to equity crowdfunding investors. But crowdfunding might be more trouble than it’s worth for tech startups who want to build a large business rather than a consumer product.

For starters, venture capital firms and angel investors will be less interested in a company if it comes attached with hundreds of crowdfunding investors, according to John Taylor, head of research for the National Venture Capital Association (NVCA).

“If an entrepreneur walked into a venture capital firm with a great idea, or even a working prototype, but pointed out that they had 300 shareholders, that would probably be the kiss of death,” Taylor said. “You need to plan on day one if your company is going to be big enough to need angel or venture capital investment.”

Existing crowdfunding websites including Kickstarter and Indiegogo allow entrepreneurs to offer various gifts or the finished product they are developing in exchange for donations, but they cannot sell company stock.

The Jumpstart Our Business Startups (JOBS) Act signed into law in April 2012 required the SEC to update securities laws to allow equity crowdfunding on websites, giving the commission a deadline of December 31, 2012. The SEC proposed rules in July to allow companies to advertise to average Internet users that they were raising funding – a provision called “general solicitation” – but businesses are still waiting for key rules to allow equity crowdfunding.

The SEC declined to comment for this article. Public comments on the ongoing regulation process are available here.

Benefits of equity crowdfunding could include the ability to raise money quickly on websites without having to agree to fundraising commitments set by venture capital firms, said Andrew Sherman, a partner at Jones Day, who has represented numerous tech startups. Selling equity via crowdfunding would allow entrepreneurs greater freedom to set their own commitments when seeking fundraising for equity, unlike selling publicly traded stock on Wall Street, Sherman added.

Gaining hundreds of investors via websites could also mean online popularity for a startup because people would tweet and post about the company to protect their investment, he said.

Despite these potential benefits, Sherman predicts crowdfunding will still appeal more to consumer products rather than startups with “business to business” strategies. The potentially easy money of crowdfunding will also likely not be able to compete with the expertise on business growth that angel investors and venture capitalists could offer to startups, Sherman added.

“I’m worried there will be some entrepreneurs who think that since they are taking money in smaller increments that they don’t have to put as much thinking into their business plan,” said Sherman, who has written 24 books about business growth.

The legal commitments of equity crowdfunding could also be a heavy burden for tech startups. It’s unclear what the SEC rules will require for equity crowdfunding, but the company selling shares would likely be committed to some level of financial disclosure, said Darren DeStefano, a partner atCooley LLP, who focuses on securities law.

Because crowdfunding investors might be less savvy about the risks of online investment, it may also be difficult for busy startup entrepreneurs to manage investors’ expectations, he explained.

“There are huge concerns of raising capital from people you don’t know and probably will never meet,” DeStefano said. “These transactions are subject to anti-fraud rules and there are big risks of litigation when things don’t go well.”

Bryant predicts that “a lot of people are going to be quite surprised” about crowdfunding investors’ potential to offer companies advice and industry connections, which a venture capital firm might also offer.

“If you raise funding from 1,000 investors, you have a broad range of relationships that can help you with connections and give you feedback on your product,” Bryant said. “Moving forward, this will become a new norm on how companies raise capital.”

Guest author Tom Risen remembers LAN parties and custom-building computers before the rise of the smartphone. He started reporting on the tech stock market at the Medill School of Journalism, and has written about the tech industry for Government Executive, National Journal, Slate, Policy and Regulatory Report, and for newspapers in Maryland and California. He’s on Twitter@TomRisen.