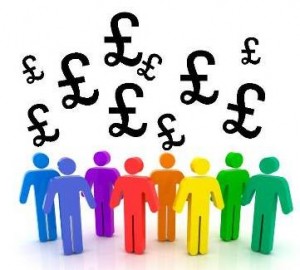 While the world’s most publicised crowdfunding campaigns can only be described as addressing ‘first world problems’ a newer generation of crowdfunding platforms is allowing Not for Profits and social entrepreneurs an opportunity to raise the funds to create a better future for their communities.  Entrepreneur, Tom Dawkins from StartSomeGood explains.

Over the last few years Crowdfunding has become increasingly popular, and depending on your definition is expected to raise as much as $5 billion globally by next year. Many of the most prominent campaigns can only be described as solving “first-world problems”, from Hollywood celebrities who want to retain full control of their projects to watches which save you reaching into your pocket for your text messages.

Beyond the hype however crowdfunding has fundamentally democratised cultural production, connecting artists and creators directly with fans and consumers. This direct connection has replaced the need for permission from record labels and radio stations for many musicians, allowing them to build careers on the back of the core group of people who love their music rather than relying on the traditional gatekeepers to validate them.

For Not for Profits none of this is new. Online fundraising platforms including Facebook Causes, Razoo and Jolkona allow Not for Profits to leverage the power of online networks to assist their fundraising goals. But these platforms are limited to organisations with an American 501(c)3 charity registration. In Australia sites like Everyday Hero are similarly for the exclusive use of tax-deductible charities.

This newer generation of crowdfunding platforms however, including StartSomeGood, Kickstarter, IndieGoGo and Pozible, allow fundraising by all kinds of groups: charity, Not for Profit , for profit and unincorporated. This has opened up an incredible opportunity for social entrepreneurs to raise the funds they need to launch companies which create a better future for their communities.

These platforms can give social entrepreneurs a better option for early-stage funding of their idea. Rather than hoping for a government grant, a bank loan or a friendly impact investor, all of which are extremely scarce, a committed entrepreneur with an idea for a social enterprise can, much like the musicians discussed above, turn directly to their community and ask for the help they need to launch, grow or evolve.

Social enterprises are just as capable as Not for Profits in painting an inspiring picture of the impact they are creating in the world, but they combine this with a product or service which people value in the marketplace. The combination of these two elements creates the most engaging, sharable and successful crowdfunding campaigns.

Over the past two years hundreds of entrepreneurs (and organisations) launching initiatives to create a better world have used crowdfunding as a tool to help them achieve their goals. Success stories include Jennifer Windrum, who launched SMAC: Sock Monkey’s Against Cancer with the support of $35,000 raised from 400 supporters. With a moving personal story and incredible passion for her cause she rallied a community behind her vision of a buy-one-give-one toy company which supports cancer patients and funds cancer research.

Closer to home Food Connect Sydney raised funds on StartSomeGood to launch local farm tours. So rather than just bringing to the farm to the city in the form of food deliveries they are taking city-dwellers out to the farm to learn more about where their food is coming from. One Can Grow launched their entrepreneurship courses for high school students with a crowdfunding campaign and Sydney-based entrepreneur Mikey Leung put his money where his mouth was and crowdfunded his crowdsourced travel publishing company with two campaigns totalling $25,000. And over the coming months we’ll be launching social enterprises as diverse as toilet paper, sleepwear and food trucks.

And proving that trend truly isn’t just about first world problems, we’ve worked with many social enterprises in the developing world, including Kinyei, a café and bike tour operator in Cambodia, who raised funds to support their transition to an entirely local-owned and run operation, as well as projects in Nepal, Mexico, Nigeria and twenty other countries so far.

Crowdfunding has several unique advantages as a fundraising mechanism.

So if you’re sitting on an idea for a social enterprise, or you’ve been working on it and aren’t sure how to get it out into the marketplace, consider crowdfunding amongst your options.

About the author: Tom Dawkins is the Australian Co-founder of the global crowdfunding platform StartSomeGood.com. Dawkins previously founded the award-winning Australian Not for Profit Vibewire and was the first Social Media Director at Ashoka. He has worked with numerous Not for Profits, associations and government entities to help them tell their stories and build community.