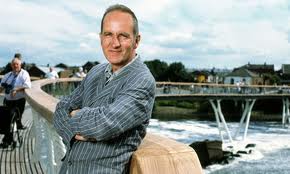 The developer founded by Grand Designs star Kevin McCloud has surpassed its investment target of £1 million through crowdfunding.

A range of amounts have been pledged, between £100 and £150,000, by more than 300 individuals via a crowdfunding website. Hab Housing is crowdfunding to expand into the custom build housing market and it aims to offer investors a 5 per cent dividend by the end of 2016.

Mr McCloud, director at Hab, said: ‘This is a real case of power to the people, and I’m over the moon that we’ve exceeded our initial funding target with the help of hundreds of like-minded supporters. With a host of new opportunities already being offered to us following the crowd process, it’s now a case of nose to the grindstone to deliver on Hab’s promises.’

The company build innovative sustainable communities with social and private housing. The company has a joint venture with housing association Green Square Group called Haboakus which has developed social housing in Swindon. Haboakus currently has a selection of homes under development including three schemes in Oxford of which 69% are affordable.

Hab Housing company will continue to seek funding up to a pre-set cap of £2million.