What the Crowdfunding Boom Means for Franchising 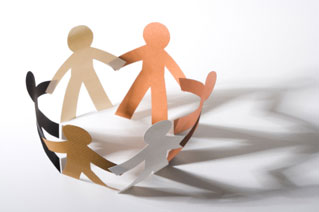 What the Crowdfunding Boom Means for Franchising

When Tom Perez left the Navy in 2010 after 10 years of service, he thought his experience as a military police supervisor would easily translate into a job in law enforcement. That wasn’t the case. After applying for more than 100 positions around the U.S., the 32-year-old gave up on that dream and started looking at franchises. When he applied for a Meineke Car Care Center in Pensacola, Fla., he was quickly accepted. With a 25 percent discount on the franchise fee for veterans, and 75 percent funding through the company, he was in much better shape financially than most franchisees, who still struggle to find credit in the commercial market.

But Perez knew that despite his advantages, his first year in operation would be tough. Slow sales or unforeseen circumstances could easily jeopardize his new business. So he signed up with Boost A Hero, a program sponsored by the franchise crowdfunding platform Sprigster that allows friends, family and appreciative strangers to donate cash to help veterans open franchises. His Sprigster campaign helped Perez raise almost $7,000 from 34 donors in the spring and summer of 2012. While the money was not make-or-break, it did give him the confidence to go ahead with the business.

“It definitely made me feel like other people were invested in my project,” he says. “I still get e-mails from people who boosted me from out of state, and donors who live nearby come to the shop for just about everything that needs to be done to their cars.”

It’s a nice story about how crowdfunding is coming to the franchise world’s aid. It’s also, so far, one of the only stories.

Crowdfunding has made a big splash in the last few years as sites like Kickstarter and Indiegogo have helped entrepreneurs launch donut shops, produce albums and create smart watches; theoretically, it’s a perfect vehicle for franchising. And the franchise community, still suffering from the never-ending credit crunch, is eager to embrace it, believing it could help reenergize unit sales. But the current generation of donation-based crowdfunding platforms doesn’t mesh particularly well with the franchise model. Donors are interested in funding new products and creative or cutting-edge businesses, not in subsidizing sandwich shops and quick lubes. Also, the small amounts raised through crowdfunding–typically a few thousand dollars–are not enough to replace bank loans or other financing needed by aspiring franchisees.

But equity-based crowdfunding–in which investors buy a slice of a small business–could be quite useful to franchisees. The JOBS Act, signed into law last spring, includes a provision that will make it legal for small businesses to solicit crowd-based investments of up to $1 million. The U.S. Securities and Exchange Commission is currently working out the details on how to implement the law, and the decisions it makes are critical: If the regulations are too burdensome, they could put the kibosh on crowdfunding for franchises before it even starts. If, however, the SEC’s rules are reasonable, they could open up a whole new path to franchise ownership.

A Natrual Fit
“We certainly believe crowdfunding has tremendous potential for franchise finance specifically,” says Mark Mohler, a Florida business lawyer and CEO of Sprigster, which is currently donation-based but could convert to equity crowdfunding once the SEC releases its rules. “It provides for the true democratization of private equity.”

Daniel Gorfine, director of financial markets policy and legal counsel at the Milken Institute, a Santa Monica, Calif.-based think tank that investigates innovations in capital markets, has co-authored several reports on the JOBS Act and securities crowdfunding. “There are certain things that make crowdfunding and franchising a natural fit,” he says. “Number one, the size of the investment from the franchisee is not so great that it would exceed the $1 million limit. Next, most franchisees aren’t interested in seeking late-stage investments like some small businesses. Having tens or hundreds of shareholders sometimes scares away venture capital groups, but that doesn’t really matter here.

“But the most important thing,” he adds, “is that crowdfunding creates a natural clientele. If you start out with 100 or 1,000 local investors, it might be a nice base of customer support and people invested in your success. The investors can see the property and business, and that adds enhanced credibility to the investment.”

Gorfine also believes crowdfunding could become a novel way for franchisors to screen candidates and assess demand for their products. “There could be a situation in which a franchisor does a prequalification contingent on a candidate being able to successfully raise money from crowdsourcing,” he says. “A franchisor could get feedback about how desirable a particular franchise would be in a certain location. The local community could tell them if they want a coffee shop on this corner or not. They could tell a franchisee, ‘If you raise a certain dollar amount or number of investors, we’ll be able to do a transaction with you.'”

Jonathan Sandlund, who runs online research and advocacy platform TheCrowdCafe, contends that crowdfunding could be a major step forward for equal opportunity. “This has an enormous potential to bring access to capital to franchisees without networks of wealth,” he says. “Banks are really pulling back, and right now if you need $50,000 or $150,000 to start a franchise, you have to be wealthy or be connected to wealthy friends and family to get it. This will put people on equal footing.”

Sandlund also argues it’s a great opportunity for investors. “Studies show that only 13 percent of Americans trust the stock market. But there’s really no other place to go with your money,” he says. “They can get 0.5 percent from their checking account, or go into bonds, which have been weak also. With crowdfunding there will be an opportunity to invest locally.”

Quality Control
Despite the potential for opportunities on several fronts, Gorfine points to problems that could arise from equity crowdfunding. Franchisees might intentionally or inadvertently promote their established franchise brand as being a less risky investment than a mom-and-pop shop, putting them at risk for charges of fraud. At the same time, if crowdfunding loosens access to capital, franchisors might start to greenlight franchisees and locations that they otherwise wouldn’t, creating risk and weakening their brands. And if franchisees aren’t investing their own cash, there’s a chance they won’t take their work as seriously as people who have dumped their life savings into their businesses.

“A lot of this is going to depend on the quality control of the franchisor,” Gorfine points out. “Those that operate efficiently and have good quality control will have a better chance of doing well, vs. a franchise willing to grant a store to anyone able to come up with the capital.”

In other countries, including Australia and the U.K., debt- and equity-based investment crowdfunding has been implemented successfully. Sandlund’s TheCrowdCafe has aggregated a global database of more than $300 million in crowdfunding transactions, across six platforms, that show no incidents of fraud.

Other models, including peer-to-peer lending, have demonstrated that crowd-based investments aren’t as risky as critics once feared. Lending Club, for example, has coordinated $1.6 billion in loans between investors and borrowers since launching its online platform in 2007, including $54 million in small-business and franchise loans averaging $15,000 to $18,000. Scott Sanborn, Lending Club’s chief operating officer, says crowdsourced funding is one of the few viable options left to small-business owners. “There really aren’t a ton of great options out there. Entrepreneurs can turn to family and friends or business credit cards, which still have high costs and variable rates,” he says. “I think this is a space where there is real need. And I don’t think anybody has jumped in with both feet to fill it on any sort of large scale.”

The big question is whether the SEC rules will be favorable to franchise crowdfunding. Despite a year of hearings and public comments on the subject, no one really has a clue about which way the regulatory agency is leaning. The International Franchise Association (IFA) came out in support of the JOBS Act last year and is hopeful that the rules will be beneficial to franchisees. “There’s an ongoing lending shortfall, and we believe any effort to jump-start new businesses or franchises is going to help the economy,” says Matthew Haller, the IFA’s vice president of public affairs and chief of staff. “The SEC is moving slower than we anticipated, but it’s important to get things right when you have a new initiative. We’re eager for the rules to come out.”

TheCrowdCafe’s Sandlund believes certain banks and investment firms may be trying to delay the SEC and convince them to limit crowdfunding. “There are definitely people trying to burden the process who are beneficiaries and incumbents of our current inefficient investment system,” he says. “But it’s our right to walk into a casino and gamble or buy a house that may lose equity. Who’s to say we can’t risk our money in a local business or startup? It’s opposed to our country’s values. Currently there’s not equal opportunity in our financial markets. It has to change, and it will. And if it’s not done right the first time, we’ll have to go back and fight for it some more.”