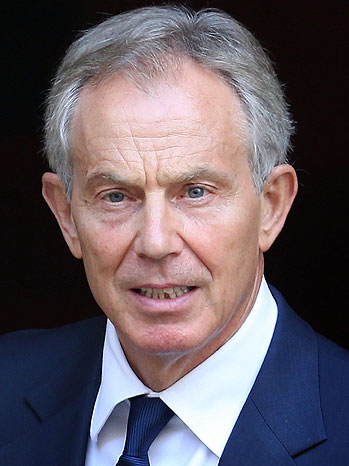 George Galloway, who was expelled from the Labour Party amid a clash over the Iraq war, wants to use the site, which Spike Lee and Zach Braff have recently used to raise money for projects.

LONDON – A British politician who was kicked out of the country’s Labour Party when Tony Blair was prime minister plans to crowdfund an anti-Blair documentary via Kickstarter.

Kickstarter has recently made headlines with big Hollywood names, such as Spike Lee and Zach Braff, who have used the site to raise money for projects.

The fact that big Hollywood names have started to tap into the site has caused some debate about the goals and best uses of Kickstarter.

On Monday, the Guardian reported that U.K. politician George Galloway was about to launch a Kickstarter campaign for a planned film called The Killing of Tony Blair. Galloway’s partner is documentary filmmaker Greg Ward.

As of Monday late morning, there was no campaign listed on Kickstarter. But the Guardian said that the duo was looking to raise $77,000 (£50,000) via the crowdsourcing site.

Galloway was kicked out of the Labour Party in 2003 after repeatedly attacking Blair about the invasion of Iraq. Among other things, he accused Blair of using the Labour government as his “lie machine.”

Ward told the Guardian that The Killing of Tony Blair would focus on “how Blair killed the Labour Party, killed hundreds of thousands of people in Iraq and how he made “a killing” out of doing both.”

Galloway and Ward met when the latter shot Far Right, Far Wrong about the English Defence League, a right-wing protest movement in the U.K.

Galloway is currently a member of parliament for the socialist Respect Party.

People donating $3,100 (£2,000) or more for his planned Kickstarter campaign are expected to get a “working lunch” with the politician, the Guardian said.