How Smart Angels Will Leverage Crowdfunding 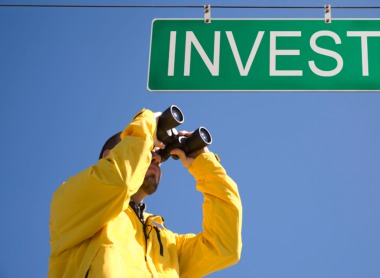 How Smart Angels Will Leverage Crowdfunding

Equity crowdfunding has a large and growing base of global supporters and advocates. Every few months we see new developments in securities-related legislation, and activity kicking off in countries around the world that are advancing crowdfunding for businesses.

On the flip side, equity crowdfunding has also had a host of angry or concerned detractors- some of which are in the angel establishment.

As the CEO of Crowdfunder, and a significant participant in the JOBS Act legislation effort over the last 2 years, as well as a catalyst for the growingequity crowdfunding movement in Mexico and other global markets… I’ve heard, and considered both sides.

In hearing how wide the perspectives vary on crowdfunding, I’m reminded of a great pearl of wisdom about human behavior and history, from the German Philosopher Arthur Schopenhauer:

All truths pass through three stages. First, it is ridiculed. Second, it is violently opposed. Third, it is accepted as being self-evident.

Investing online, and a more collaborative means of funding early stage ventures, is an idea whose time has come. And it’s not surprising that crowdfunding, as a new and disruptive way of fundraising for businesses, has been evolving in the public eye through this process Schopenhauer described.

If you recall, crowdfunding was ridiculed by a vocal few since the first Bill that would enable it was introduced in the U.S. House of Representatives in November of 2011, and subsequent to that we’ve seen some opposition.

Today, the opposition to crowdfunding, and more broadly investment online, appears to have subsided significantly. Two recent No Action Letters from the SEC have also set a precedent for crowdfunding with accredited investors, and with that, there are already investment offerings currently being represented online to accredited investors behind the walls of private communities/networks like Crowdfunder.

As more and more deals close through online networks with accredited investors… I’m confident we’re nearing the point of it being self-evident that investing online is shaping the future process for early stage venture investing as a whole.

Tapping Angels In The Crowdfunding Process

Experienced angel investors and angel groups have a key leadership role to play in crowdfunding. One that can be a big strategic win, if they play their cards right.

Some angels and angel groups get what that opportunity is. Some don’t, and they’re still stuck thinking that their established process is the only game in town.

I think the latter groups of angels are in for a big surprise over the next 6-18 months, and beyond, as software continues to eat the world, and with crowdfunding starting to eat the world of early stage venture finance.

Now, it may sound like I’m throwing angels under the bus here. But I’m not. I believe angels can play one of the most critical roles in the process of investment fundraising and crowdfunding online.

(By the way, to pay attribution here where it is due, some foundational inspiration for the thinking and process below came from angels I’ve been speaking and working with in recent months, most notably Brian Cohen, Chairman of the New York Angels and author or What Every Angel Investor Wants You to Know: An Insider Reveals How to Get Smart Funding for Your Billion Dollar Idea.)

At present, companies can connect with Accredited Investors online to further their investment fundraising goals. The top 10 crowdfunding sites like Crowdfunder.com, AngelList and CircleUp are already allowing these kinds of introductions and connections to be formed, helping startups and small businesses close their deals.

Some of the fears or concerns of crowdfunding opponents have been that people will lose money, have a hard time doing diligence and “picking winners.”

That’s precisely where angels and angel groups come in.

In the future, many of the best crowdfunding rounds of investment can and will be “led” by an angel, an angel group, or a seed stage fund. Meaning… the needed screening and due diligence to decide which company warrants investment by others, and across a funding platform can and is being done, in part, by experienced investors themselves.

Not only does this make for a potentially better quality ‘filter’ for which deals are to be crowdfunded, but it can also yield strategic benefits for the angels who decide to get in the game, including easier syndication of deals.

While some in the investing world have thought of crowdfunding as the “wild west,” where anyone will be able to go out and try to raise funding online, that’s not the world we’re seeing and not what we’re doing at Crowdfunder.

Rather, crowdfunded deals online are taking the shape of being deals with due diligence done, first money already in, and more ‘signaling’ and syndication around them by the first money in.

The Formula For ‘Smart Equity Crowdfunding’

The Opportunity for Angel Groups

As I wrote before, one of the higher evolutions of crowdfunding that I see is for community-based investing, creating a more meaningful or qualified network of investors from which to raise funding, or as an angel, from which to invest.

A community can mean a group with a shared location (a city), or a group of people with common goals and values (i.e. a community made up of an angel group).

As equity crowdfunding grows, angel investors are going to recognize the opportunity to leverage crowdfunding as a community engagement tool that can exist for their own benefit, and the larger benefit of the local ecosystem they’re a part of.

My company is already powering online communities, called CROWDFUNDx communities. Currently, these communities create local online ecosystems and a 90 day acceleration process alongside it – giving local investors a place to plug in to the local early stage investment deals, and giving entrepreneurs a local network to connect to for access to capital.

We’ve had successful local CROWDFUNDx community accelerations kick off in LA, in Las Vegas with Tony Hsieh and his Vegas Tech Fund, in New York with the recent launch of CROWDFUNDxNYC, and with CROWDFUNDxImpact which was dedicated to Impact Investing in Social Enterprises from around the world.

On average, these online community accelerations bring on 4,000 new members onto the Crowdfunder social network and community, and roughly 250 new early stage companies looking to fundraise.

Now we’re scaling this model across the US and Mexico.

With the metrics and successful outcomes this community process has created for us several times over, it’s caught the attention of angel groups who have begun to recognize that having their own private online crowdfunding community is a great opportunity to more deeply engage their ecosystem.

Where crowdfunding was once ridiculed and opposed by many angel groups, “smart crowdfunding” is now seen and being evaluated as a valuable complement in gathering partners and co-investors, recruiting and engaging new local angels, seeing new deal flow, and giving first look and syndicating your deals to a broader network of accredited investors to help close out portfolio deals.

If you’re an angel investor, or lead an angel group, I’d love to hear from you.