Is Crowdfunding Changing the Game for Filmmakers? A Q&A With Spike Lee 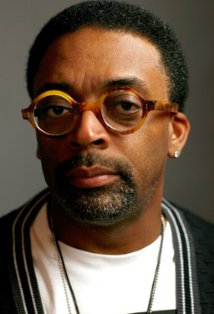 Is Crowdfunding Changing the Game for Filmmakers? A Q&A With Spike Lee

Spike Lee made headlines in late July when he announced that he would be raising money for his latest film through popular crowdfunding platform, Kickstarter. This move, predictably, elicited both praise (for demonstrating an alternative model for aspiring filmmakers) and criticism (for theoretically taking away opportunities from less established directors).  While details of the movie remain mostly under wraps, Lee has spent the past month working around the clock to build buzz around his project, respond to naysayers, solicit pledges and try to reach a budget goal of $1,250,000. As the push to fund “the newest hottest Spike Lee joint” enters the final stretch, I checked in with the legendary director about the campaign, the controversy, and the future of filmmaking.

You’ve mentioned in other interviews that you were doing Kickstarter before Kickstarter, meaning that this is not the first time you have gone to the people, rather than Hollywood studios, to finance a film project. How has this experience compared to raising funds for She’s Gotta Have It or Malcolm X? It’s the same principles of independent filmmaking. The same principles. When I was making She’s Gotta Have It in 1985, I had to raise $175,000. With Malcolm X, we reached out to people and they came through. You need money to make films. The thing now is technology. More people can get involved. When I was considering doing this, I tracked down the co-founders of Kickstarter, Yancy [Strickler] and Perry [Chen], and they sat me down and told me, ‘Look, this is how it goes. It’s not gonna be easy. People are gonna be coming after you. Haters gonna hate. But we feel that you belong here.’ They were supportive 100 percent. They said, ‘Spike, we created this and it’s for everybody.’ And then it’s been a whirlwind since then. We’re seven days left. Our goal is one $1,250,000 (that’s one-two-fiddy). We just passed the $1 million bucks mark this morning. Seven days left. And I’m confident we’ll reach the promised land — and beyond.

You mentioned some of the antagonism you anticipated. Why do you think it’s been difficult for some people, including Bloomberg’s Trish Regan, to understand a filmmaker like you using crowdfunding to finance a film? Is it really about concern for young filmmakers and independent cinema or is it something else? Look, I don’t know what it is. But somehow they see me courtside and they know I live in the Upper East Side, so therefore equate that I’m a billionaire, which is ludicrous. So, here’s the thing though: I’m glad I came on Bloomberg TV. I’m glad Trish Regan did what she did, because it backfired on them. That thing was premeditated. It was planned. You don’t come from out of a commercial break, saying, ‘People say that Spike Lee should do the right thing and quit Kickstarter.’ I was reading the teleprompter with her. That shit was planned. And through the grace of God it blew up in their face. It backfired. I was getting tweets that said, ‘I don’t like the Knicks. I don’t like you. I don’t like your films. But I don’t like the way that lady treated you, I’m pledging.’ My right hand to God. People who didn’t like me at all pledged because of that TV show, because of that segment. It backfired on them. And that’s why I said before I left, ‘Love conquers hate.’ And the same thing happened earlier that day with CNBC with that British cat. People saw through it. They made me sympathetic.

You’ve noted that Hollywood executives are greenlighting fewer and fewer films that don’t fit the blockbuster paradigm. Do you see crowdsourcing options like Kickstarter as being a game changer for the industry going forward? Or is it more geared toward films that would be made outside that system anyway? No, it’s changing the game. It’s changing the game. People are bypassing the money brokers; they’re going directly to their fans. I’d just like to say this: this is not just about filmmaking; inventors are on Kickstarter and IndieGoGo, playwrights, cartoonists, novelists, sculptors, singers, rappers…that’s what this is about. Look, you’re not going to make $100 million dollars on Kickstarter. So we’ve got to be sensible. So far Veronica Mars has done the most: $5.5 million. But look, nobody broke the four minute mile before that British guy [Roger Bannister]. Records are made to be broken. I could see somebody getting 10 million dollars on Kickstarter — and more. This thing is still new.

I spend more time explaining what crowdfunding is, explaining Kickstarter, especially to the people of color. African American and Latino brothers and sisters are slow getting to this. So I have to spend a lot of time explaining exactly what this is. They say, You want my credit card? And my number? And I’m gonna give you money for my film? They’re like, ‘Get the fuck out of here. Spike, you trippin’. You buggin’ out.’

But I think it’s great for indie cinema as a whole. And that’s why I think we were trying to say, ‘This is not just about Spike Lee. This is about independent cinema as a whole.’ And we can do this. This can just be a guide. You can duplicate what I did right, and don’t do what I did wrong — and take it further. People always need that example though. People need examples. People need to see people like them doing it and then they believe it’s doable.

Speaking of examples, filmmaker Stephen Soderbergh, who donated $10,000 dollars to your campaign, said you were an inspiration to him as a young filmmaker back in the 1980s when he was getting started. He described you as “a totally unique figure in American cinema” who “has always gone his own way and spoken his mind (even when the commercial stakes were high).” Has it been difficult to retain that independence given the constraints and pressures to conform in the industry? Well, I think it’s difficult for everybody. It’s not just me. Why did Soderbergh say he’s not doing Hollywood films anymore? He’s just going to do cable. It’s not just me or people of color. This is industry wide. Why did the two fathers of the blockbuster, Spielberg and Lucas, bemoan this tentpole theory saying the Hollywood industry is going to collapse upon itself? Those are the two guys that built the blockbuster with Jaws and Star Wars and they’re saying it. So it’s not about me. What we’re talking about is the industry. It’s not about Spike versus Hollywood. It’s not just affecting me. Soderbergh is one of the most successful filmmakers working in Hollywood and he’s getting the fuck out!

But let me just say, when I take Stephen to the Knicks game and dinner, I’m going to give him a big hug. Because Stephen Soderbergh did not have to do that. I did not seek him out. He did that on his own. And to be really frank, that was a key moment in this campaign. When Stephen made that pledge, then wrote the letter too, that was huge. That changed the whole tone. It was like, ‘Wait a minute, this is not just a black thing here.’ And it’s not.  So I’m in his debt. He didn’t have to do that. I didn’t tell him to do it. That was on his own accord. He followed his heart.

Finally, I wanted to ask: as you enter the final stretch (and pass the $1 million mark), what have been the most challenging and most rewarding aspects of this campaign? Well, the most challenging is that this thing consumes your life. There was no scenario in my mind that said it’s okay to fail doing this. Too much was riding on this. No way could I afford the luxury of saying, ‘Well, we gave it the old college try.’ Losing was not an option. Of course, we’ve not gotten there yet and I’m not doing a premature end zone dance. But I’m confident. It’s like being on a political campaign. You make a misstep you gotta correct, you gotta be able to bob and weave, and shift and move. Some days the money is not coming in, other days there’s goo-gobs of money. So it’s really an ebb and flow. And you’ve just got to be committed.

I have a bunch of great people here working for me. Really, all operations at 40 Acres [and a Mule] have ceased. It’s all focused on getting this number: $1,250,000 and beyond. So I have great people, great people here at 40 Acres. Everybody’s worked hard. Long hours, long nights. The most gratifying thing is the outpouring of love and support we’ve gotten.

Here’s an example. I’ve gotten tweets that say, Spike, tonight I had to decide whether I was going to send you $5 dollars or eat my bowl of noodles; I have to decide between sending $5 dollars or go to McDonalds; I have to decide between sending $5 dollars and getting two cans of tuna and saltine crackers. I have to decide if I’m going to go hungry tonight, or give you $5 to make your film. That’s happened more than once. And believe me, I’m not making it up. I did not encourage anybody to starve on behalf of Spike Lee. These are tweets. I don’t know these people. They’re signing my twitter and saying, ‘I’m going hungry tonight to send you $5 dollars.’ And then, what it makes me think about is, I must have done something that affected their life — one of my films over the past 30 years — for them to make that sacrifice. So that means we’re doing good shit!

It’s got to have an impact also on how you think about the film, right? You’re not responsible to some corporate gatekeeper and their expectations; you’re responsible to these people donating $5 bucks. Exactly. People went hungry one night so I could get this film made. And so that even gives me more energy than I already had. Because people are depending on me. This whole Kickstarter thing has become a movement. People are proud to say I put a dollar in, whatever the amount is. I put some money in this. I’ve got skin in the game. And I’m part of this film and I will forever be part of it. And that’s a great feeling because it’s a community. There is a community out there that has watched my films over the last three decades. And they put their money in so they could see this one made. Bottom line. They are a part of this film.