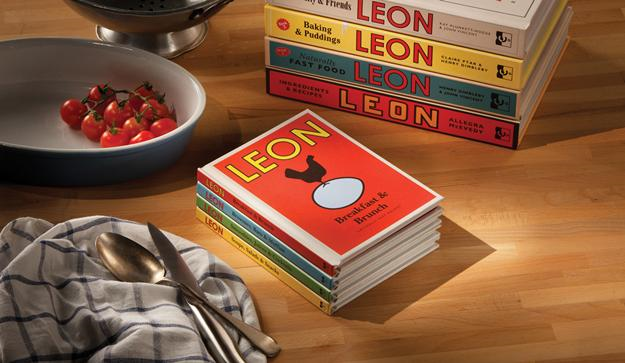 New methods of financing business not only help brands to launch or grow, they also enable marketers to get closer to customers.

Above: Restaurant chain Leon issued bonds in exchange for £eon pounds – boosting its sales as well

The UK economy might be on the road to recovery – as the government claimed following last month’s promising GDP figures – but securing finance to grow a business is still very challenging, with bank loans no longer readily available. Enter a raft of new ways for brands to fund themselves, including crowdfunding, retail bonds and new types of online venture capital that not only provide cash for growth but let businesses get to know their customers better.

Crowdfunding, whereby firms raise finance from their own customers and the general public in exchange for rewards or a financial return is relatively new, but is gaining credibility as celebrities and brands use it to launch new projects or grow existing businesses. According to research company Massolution, crowdfunding raised almost $2.7bn (£1.8bn) globally last year for around one million projects, with sites like Kickstarter proving particularly popular.

However, crowdfunding can have a broader meaning that extends beyond specific fundraising sites and encompasses efforts by brands to raise money in direct partnership with their customers. Boutique hotel booking service Mr & Mrs Smith, for example, raised £2m last year by launching its own four-year retail bond. This enabled the company to approach its loyal customers with an investment opportunity while simultaneously drawing new people to the brand.

Chairman Ed Orr says: “It appealed to us because it’s an innovative way to raise money directly from our customers and brand advocates. Reaching out to the people who know us and trust us felt like a much more personal and brand appropriate approach than adopting a more conventional and impersonal investment strategy.”

The ability to build a brand and strengthen relationships with consumers through crowdfunding is a common attraction for businesses. When confectionery chain Hotel Chocolat launched a bond in 2010, for example, the company decided to offer interest in the form of chocolate, rather than cash, in order to raise investment from members of its ‘tasting club’ and attract interest from other members of the public.

Mr & Mrs Smith went for a similar tack: in addition to offering a 7.5 per cent cash interest rate, bondholders can opt to receive their interest in loyalty money that can be used to pay for bookings at its 900 boutique hotels and houses around the world. This option is paid at an improved rate of 9.5 per cent.

Despite the innovative uses of these financial products, however, some experts have warned about the dangers of investing in some branded bonds. Following the launch of the Mr & Mrs Smith bond last year, one analyst described the product to Citywire as “essentially an unsecured loan to a loss-making company, with no way to access your money before the four years are up”.

Orr rejects this analysis, arguing that it does not take account of the company’s “very valuable intangible assets” like its membership database and proprietary technology. He says the company is enjoying strong growth and that a number of investors who selected the 7.5 per cent cash rate have changed their mind and asked to switch to the loyalty money after uncovering the brand’s services.

“I genuinely believe that it would be extremely unlikely for the company not to be able to pay the bond back after four years,” he says. “We’re probably a safer investment than bank shares.”

Questions also remain as to whether a self-issued bond can provide the necessary finance to facilitate meaningful growth. For example, restaurant chain Leon launched a retail bond last summer to help it fund expansion beyond its existing 12 sites. A year after the bond offer closed, however, the company is yet to announce any new restaurants.

Finance director Matt Jones says the bond was a learning experience for the company and that Leon is close to unveiling its next site. He also points out that the company has deployed some of the funds to set up a not-for-profit foundation, which includes a cookery school for children with renal diseases. The bond does not offer cash interest and instead pays out ’£eon pounds’ that can be used in Leon restaurants.

Jones says the company would consider launching another bond in the future, but that it would probably add a cash component to widen its appeal. In addition to providing the company with an injection of growth capital, the bond served to raise the public profile of Leon and strengthen its relationship with consumers.

“During the bond application period, we achieved our all time sales record,” he notes. “That’s because the Leon brand was featured quite prominently in various media at the time and that created the brand awareness that drove people into the restaurants. That’s an unquantifiable benefit of raising money from your customers rather than from the banks. There is certainly a benefit to developing that kind of intimate relationship with your customer.”

While self-issued bonds provide a form of crowdfunding for existing brands, a number of platforms are emerging in the UK to also support start-up companies and product development. BloomVC.com, which launched in April last year, allows people to pitch their idea for a business on its website in order to reach a pre-determined funding target. People who make a financial contribution do not buy a stake in the venture but receive rewards such as a particular product made by the business or even a simple thank you on their website.

BloomVC founder Amanda Boyle says that friends, family and early adopters are vital in helping people reach their funding targets. She suggests these people will regularly provide feedback to help improve business ideas, including through social media. This was the case with Scottish jewellery brand Bonnie Bling, which received funding via BloomVC last year (see box, below).

“The biggest issue with many [start-up] businesses is that they’re not very good at marketing themselves,” she adds. “Crowdfunding gives people the opportunity to market test their product, build an audience and take it on to the next stage.”

As crowdfunding grows in popularity, different platforms are coming together to provide greater clarity to investors and businesses. Earlier this year, for example, the UK Crowdfunding Association (UKCFA) was formally established by 14 different platforms in order to provide a single code of conduct across the industry. This covers sites that offer a financial return to investors as well as rewards-based platforms that are not bound by the same level of regulation.

“We wanted to make it clear how the two different models work because for a while there was some confusion about what crowdfunding was and how broad it is,” says Bruce Davis, managing director of Abundance Generation, a founding member of the UKCFA and a crowdfunding platform for renewable energy projects. “The code of practice is designed to make sure there are no bad apples in the industry or if there are, that you can identify them.”

Davis believes the growth of crowdfunding is partly down to consumers’ rising demand for more innovative investment options. “For me, launching [Abundance Generation] was less about renewable energy – though I’m obviously keen that we live sustainably,” he says. “It was actually more about how we can make investing interesting for people and more engaging.”

Craft beer company BrewDog is one of the UK’s best examples of a brand that has succeeded in engaging customers through crowdfunding. The company launched the third instalment of its Equity for Punks scheme in June, which allows people to invest in BrewDog in exchange for shares and various perks like discounts and brewery tours.

The scheme has helped to cement BrewDog’s reputation as an edgy and rebellious brand that prioritises the needs of its customers over corporate conventions. Investors, customers and fans spent £1m on BrewDog shares on the first day of the latest share offer alone. Co-founder James Watt reports that the company is well on track to reach its target of £4m before the end of the year.

He says: “This isn’t just about generating finance – it’s about building a culture and community around what we do,” he says. “Our marketing strategy has always involved trying to shorten the distance between ourselves and the people who enjoy the beers we make and Equity for Punks is the ultimate incarnation of that.”

Scottish graphic designer Mhairi Mackenzie founded acrylic jewellery and fashion accessories brand Bonnie Bling in February 2011. The business took off after enjoying success at craft fairs and the first ever Scotland’s Trade Fair, where it won best new jewellery product. Various celebrities including singer Lana Del Rey and athlete Usain Bolt have been photographed wearing some of the pieces.

Last year, Mackenzie pitched for £7,500 on crowdfunding website BloomVC.com so that she could buy machinery to expand the business. She reached the target and rewarded contributors with limited edition gold acrylic badges, as well as custom jewellery sets and website discounts. The funds were used to buy a laser cutting machine that enabled Mackenzie to bring all production in-house. The company now has nine employees and its products are available through online fashion site Asos, with plans to expand to other retail outlets.

Mackenzie says that social media played a vital role in helping her to raise awareness of her crowdfunding pitch and that contributors have continued to interact with the brand and generate interest in Bonnie Bling via their own social media activity. “In the current economic climate [crowdfunding] felt like the right thing to try and it worked,” she says. “Now I have loads of people who are part of my business.”