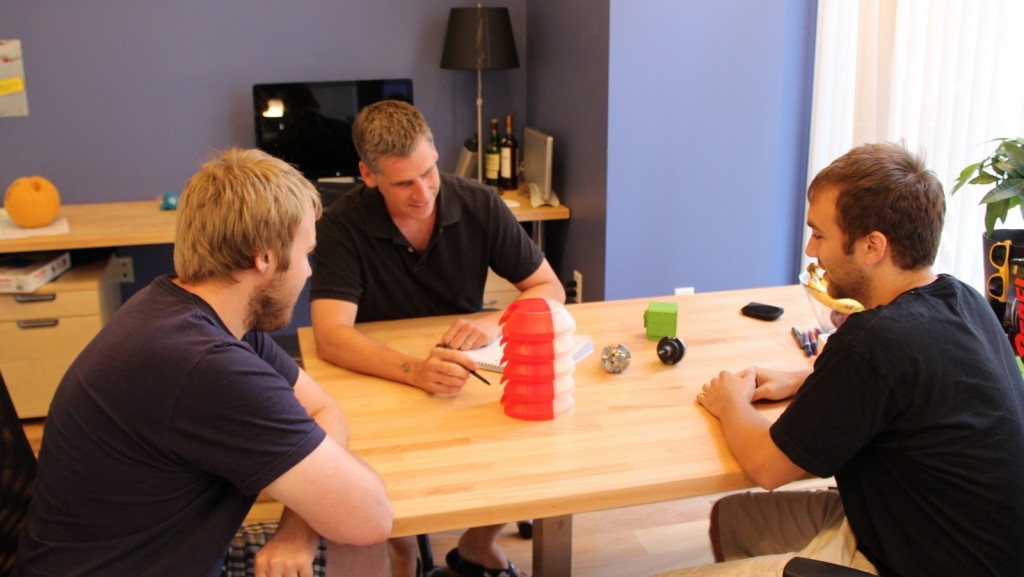 In the absence of investment capital from venture capitalists, hardware entrepreneurs have flocked to popular crowdfunding platforms, such as Kickstarter and Indiegogo, to finance their projects.

Come September, they will have another option.

Boston-based manufacturing services firm Dragon Innovation announced the launch of a crowdfunding platform exclusively for hardware entrepreneurs last week. Currently in a beta test, the platform is by invitation only. However, the firm plans to open it to a broader community of entrepreneurs in September.

For an upfront cost of $2,000 and regular transaction fees (that are comparable to other crowdfunding sites), hardware entrepreneurs will be able to crowdfund their plans or prototypes on the Dragon crowdfunding site.

It sieves out the dilettante from the entrepreneurs. “Our platform is definitely not for the hobbyist (interested in a one-off project),” says Scott Miller, chief executive officer at the company. Instead, he says the site is targeted serious entrepreneurs interested in building a hardware company.

The fee will also serve as payment for services that Dragon Innovation plans to offer entrepreneurs on its crowdfunding platform. According to Miller, entrepreneurs will be able to access the services of Dragon’s experienced hardware professionals before pitching their product to general audiences through the site.

The access is expected to help them craft business and manufacturing plans to ensure fulfilment of orders post-campaign. “There is a big market gap in this space,” says Miller, referring to the high incidence of failures in fulfillment for hardware entrepreneurs. “We will be all over them (hardware entrepreneurs) to deliver final products to their customers,” he says, noting that this distinguishes the site from popular crowdfunding sites such as Kickstarter and Indiegogo. This will take the form of “poking and prodding” to ensure that entrepreneurs follow up on their  promise.

Miller says crowdfunding was added to the mix to reflect changes in the product development and marketing process. “Earlier, we spent millions of dollars in planning, developing and marketing products,” says Miller, who is a veteran of the manufacturing services industry and helped found iRobot IRBT +1.62%, a popular Robotics company.

Crowdfunding reduces those costs by adding a “passionate, self-directed community of product evangelists” to the mix, he says.

Dragon Innovation’s contract manufacturing facilities in China, which already has names such as Pebble and Sifteo in its customer roster, may end up as the downstream provider of manufacturing services  to hardware entrepreneurs. However, Miller says that relationship will be optional for entrepreneurs crowdfunding their ideas on the proposed site.

This has become especially important as the relationship between Kickstarter, arguably the most popular crowdfunding platform today, and hardware entrepreneurs has cooled off recently.

Earlier, hardware entrepreneurs thronged to the crowdfunding platform. Off late, however, there have been problems.

McDonley says he has heard several hardware entrepreneurs complain about the site’s policies. These range from seemingly arbitrary rejection of projects to refusal to highlight hardware projects. In the process, McDonley says, several “wonderful” projects have lost funding.For example, Lockitron, a Wifi-enabled keyless smartphone app, was asked to “take a hike” by the platform.

In the meanwhile, alternatives to Kickstarter have cropped up.

Lockitron ended up crowdsourcing funds for its product on its own website. Similarly, Indiegogo has actively begun courting hardware entrepreneurs for their platform.  The San Francisco-based platform has less restrictions as compared to Kickstarter for advertising a project. According to Cara Morgan, spokesperson for the company, this is due to the company’s belief that it should be up to the crowd to decide who deserves to raise funds and who doesn’t.

A Pitch And A Market Opportunity

Raising funds is only part of the entrepreneurship process. The other part is fulfilling those orders. That has been a difficult task for several hardware startups. Noted smartwatch maker Pebble, which is a client for Dragon Innovation, faced a rash of negative publicity when it failed to fulfill orders for its backers.

McDonley ran a successful campaign but had problems fulfilling those orders. The thirty-five-year-old entrepreneur had prepared in advance by ordering 50 desks before the start of his campaign. However, his final delivery was delayed due to change in manufacturer schedules.

These problems were exacerbated by backers who mistook Kickstarter for a store and emailed him a month later to inquire about their order status. McDonley resorted to explanations about the site’s purpose in his replies. According to him, lack of knowledge about the manufacturing process is responsible for several failures in the hardware space.

Miller’s pitch for the crowdfunding site converts this lack of knowledge to a market opportunity by packaging fund raising with other services offered by the firm.

Whether hardware entrepreneurs bite the bait remains to be seen.